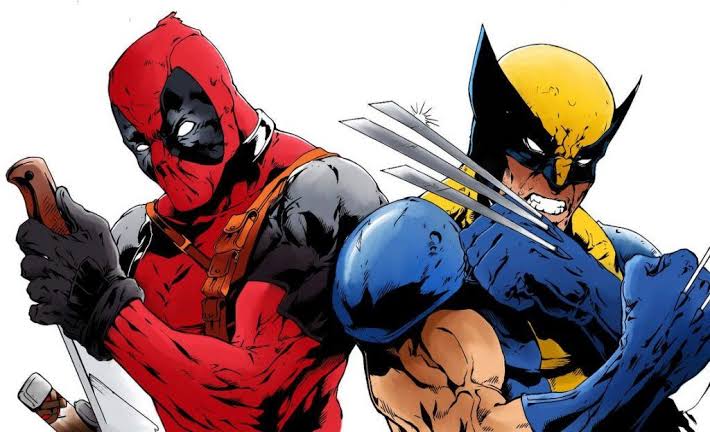 According to the definition from Wikipedia, An antihero or antiheroine is a main character in a story. He/She is the one who lacks conventional heroic qualities and attributes such as idealism, courage, and morality. Marvel also has a lot of Anti-heroes and heroines.

Although antiheroes may sometimes perform actions that are morally correct. It is not always for the right reasons, often acting primarily out of self-interest or in ways that defy conventional ethical codes.

Now we’ll give some information about all these characters.

We all know who ghost rider is. Even though the movie was bad the character is pretty interesting. At night and when around evil, Blaze finds his flesh consumed by hellfire, causing his head to become a flaming skull.

He rides a fiery motorcycle and wields blasts of hellfire from his body, usually from his skeletal hands. He eventually learns he has been bonded with the demon Zarathos.

We have already seen him in the movies and now in Agents of S.H.I.E.L.D. it’s just a matter of time before he appears in the MCU.

Marc Spector a.k.a. Moon Knight a boxer turned soldier turned mercenary. He is one of the members of Marvel knights. He is usually and unfairly dismissed as “Marvel’s Batman knockoff.” It’s not an entirely inaccurate description but a bit unfair on the character.

Because first of all, he actually does have powers. His powers increase depending on the lunar cycle and the fuller the moon the greater the increase to his strength, speed (both physical and reaction time), agility, and endurance.

He can lift several hundred pounds at the “base” level and his strength increases to superhuman levels on a full moon. And, secondly, he’s fully aware and accepting that he’s batshit insane.

Obviously, both Spector and Bruce Wayne are rich guys who use their wealth to fight crime and both are expert detectives but that’s where the similarities end, really.

One writer summed it up best when he said: “Bruce Wayne does what he does because he’s avenging his parent’s murder”.

Marc Spector does what he does because he wants to and he believes he’s the avatar of Khonshu, the Egyptian god of vengeance.”

Add in the fact he has dissociative identity disorder and has three personalities and you’ve got a character who’s as interesting in costume as out so would be ideal for a series.

Blade- 50%-human, 50%-vampire, 100%-percent badass. This day walking hybrid might’ve been intended as a supporting character when He first debuted in 1973 in the pages of “The Tomb of Dracula”.

However, According to creator Marv Wolfman, Blade was such a promising new addition that he had to rein him in or risk having him overshadow the book’s core cast.

There’s no holding him back. He already has his own trilogy and is now ready to make an MCU debut in upcoming years. Blade’s merciless in his handling of the undead, but hey, he keeps the streets safe.

Daredevil fans already know who Elektra is. She’s the love interest of Daredevil. But they never get together for long. because of their Morals. Daredevil is a hero. Whereas Elektra is an anti-heroine.

However, she’s also portrayed as Hero, when she is with daredevil and doing missions and working alongside him.

But then other times, she’s acting as an assassin. She’s is a complicated and morally gray character. Still, Daredevil can’t help but love her, and comics book readers are right there with him.

With her complex history, deadly sai, and martial arts skills that can rival the Daredevil’s own, Elektra Natchios isn’t just some love interest.

She’s one of the most beloved anti-heroines in the industry. After the character’s creator Frank Miller killed her off in the early ‘80s, he wanted her to stay out of publication, but she proved too compelling a character to leave on the sideline, and she went on to star in various titles.

This one comes as no surprise. We’ve all seen him in the MCU. How he was been manipulated by HYDRA. He even assassinates Tony’s Parents.

But Later he fights alongside Steve and the Avengers. HYDRA trained him to be a Soviet assassin and then release him on the world?

Well, you wind up with one seriously damaged individual, who, despite recovering his memories and reintegrating into western society and siding with the good guys again, will struggle to suppress those darker urges and knee-jerk assassin-type tendencies.

The reality is though Bucky came back from the dead, he was never the same light-hearted sidekick again. The Winter Soldier fights the good fight, but he does it with ruthless efficiency you rarely see in heroes.

I would say that Venom is more of a villain than an antihero. He was introduced first introduced as Villain. The Venom symbiote itself is definitely villainous, while its hosts may vary.

Eddie Brock was a villain for most of his time as Venom, as was Mac Gargan, and Flash Thompson is just a straight-up hero.

When this character made his debut… he was a villain, plain and simple – albeit one of the coolest rogues to ever grace the pages of a Spider-man comic. I have written an article about the Greatest Spider-Man Villains, be sure to check out Venom’s position.

What made Venom so compelling, apart from the obviously cool concept of a symbiote, was the underlying sentiment that fueled Eddie Brock.

From the moment it bonded with Brock, Venom was a tortured, complex character, driven by conflicting emotions.

We have already seen him in movies. Even he got his own solo movie whose sequel is going to release this year. This alien-host team was also just so consistently impressive – a true force to be reckoned with.

Eddie Brock is far from perfect, but over the years, he learned to use his powers in the name of those less fortunate, and in the process, transitioned from a badass villain to even a more badass antihero.

Magneto is a powerful mutant, who is born with superhuman abilities. He has the ability to generate and control magnetic fields.

Magneto believes that mutants are evolutionarily superior to humans and rejects the possibility of peaceful human-mutant coexistence.

He initially aimed to conquer the world to enable mutants, to replace humans as the dominant species.

Magneto’s role in comics has varied from supervillain to antihero to superhero. I know he is more of a supervillain. But he has teamed up with Professor X a lot of times.

This name comes as no surprise. In fact, he is my favorite anti-hero from Marvel Universe. Punisher is a textbook example of an anti-hero.

Thanks to the Netflix series The Punisher, it definitely showed how interesting the Marvel Universe is. Especially, when you imagine Punisher Joining the MCU along with other Netflix characters.

The Punisher goes on a killing spree when he loses his family to a mob hit after a case of being in the wrong place at the wrong time.

Frank Castle put his expert military training to brutal use by making himself into a one-man army and waging war on crime.

According to his editor, Steven Wacker, Castle has 48,502 kills and counting to his name. Imagine Frank castle having super-Soldier Serum.

Here is the list of Deadliest Punisher Villains. If you wanna check that out, you’ll get to know more about Punisher.

The Merc with a Mouth requires no introduction after forcing the world to pay attention to his hilariously over-the-top, hyper-violent, and all-around super fun eponymous film. Deadpool makes Marc Spector, aka Moon Knight, look like a well-adjusted individual compared to his unbridled insanity.

One moment Wade Wilson wants to be a hero and X-Men member, the next he couldn’t care less. He frequently rubs shoulders with more conventional heroes, only to horrify them with his willingness to kill and generally absurdist approach to life. He’s truly a one-of-a-kind antihero.

It’s a character who needs no introduction. Logan aka the Wolverine has been a fan favorite since the comic times. And it has only increased over the years thanks to Hugh Jackman’s portrayal bringing him to life. Especially, Logan movie, I mean how can one forget that.

Wolverine is a mutant who possesses animal-keen senses, enhanced physical capabilities. With powerful regenerative ability known as a healing factor. He has three retractable claws in each hand made of adamantium. One of the most popular X-men characters.

So this was our List of Anti-Heroes from Marvel Universe. Though not all of these characters are in MCU. However, that’s going to change cause Marvel has big plans for Phase 4 and 5. You can see our article for Upcoming Marvel TV Shows and Movies coming in Phase 4 and 5.

These upcoming TV shows and movies from Marvel will include all of these Anti-heroes. Anyways, let us know who your favorite anti-hero is, in the comment section below.