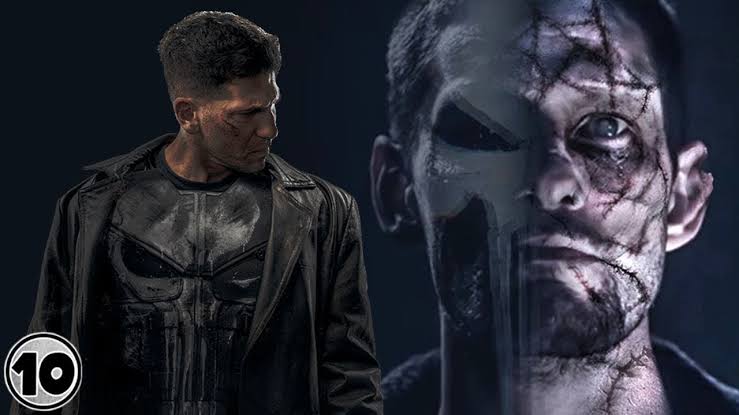 Most of the Marvel fans already know who Frank Castle aka The Punisher is. Especially after Netflix’s series ‘The Punisher‘. Not to mention his lifetime foe Jigsaw. Jigsaw is one of the major villains in the life of Punisher. Jigsaw and Punisher go hand in hand.

However, there are a lot of other villains who have made the life of Punisher hard. So here I am today sharing with you the Top 10 most dangerous Punisher villains of all time.

Frank Castle, a former Marine Corps, turned into a vigilante when a mob killed his family. His wife and two children were killed by a mob because they witnessed a killing.

He decided to take the law into his hand and punish all the criminals. Due to his brutal nature, he has made it to my list of Top 10 Marvel Anti-heroes. Go check out which position he is at.

Furthermore, he only knows one punishment i.e., death. He is skilled and expert in hand-to-hand combat, guerrilla warfare, and marksmanship.

Here is the list of all the villains with short notes about who they are. And then we will discuss some short info about all of them.

This list is also the same as what Marvel.com’s official website has. So consider that as a confirmation from Marvel that this is the official list of the top 10 villains of Punisher.

But before we jump into our character’s info here is the official video from Marvel YT’s channel, it shows brief info about all the Villains:

One more thing before we move to the character’s info. For the general audience, I will try to link characters to Netflix’s ‘The Punisher’ if they have appeared in that series. So it will be easier for them to understand.

Willian Rawlin is a corrupt CIA agent. He is also known as ‘Agent Orange’. You already know him from the Punisher series.

He was the Director of Covert Operations for the CIA and founder of Cerberus Squad. While his assassination missions he came into conflict with Frank Castle who punched him in the face, puncturing his eye.

As a result of that one single punch, Rawlins was blinded in one eye but he tells this story for political gain that how he has been injured in the line of duty. He later puts a hit out on Castle’s wand that soon resulted in Castle’s entire family being massacred.

Karl Burnback a.k.a. Bushwacker was originally a priest. He abandoned his vows. Because of the drug-related deaths of young parishioners. Later he joined the C.I.A. which outfitted him with a cybernetic arm.

CIA made him an assassin under the codename “Bushwacker”. But Later he ultimately became a freelancer. He used that Cybernetic arm to fight against the Punisher and outclass him. He has worked under crime bosses like Kingpin and Jackal.

Burt Kenyon was a Vietnam veteran. He served in the same company as Frank Castle, and later also saved his life in the war. Burt Kenyon was hired by Maggia, an International Crime Syndicate. Maggia hired him as their version of The Punisher. Also, after joining Maggia Burt took the alias ‘Hitman’.

Nicky was born into a Mafia family. He killed his parents on the order of his Aunt Mo and framed his Uncle Jimmy for that. Later he took over his father’s operation. So he was a Crimelord, mafioso, drug dealer from a small age.

Nicky Cavella was ordered to assassinate The Punisher. As punisher crippled the Massimo crime family

If you have watched Daredevil, you’d probably already know him. How many fictional villains are there that have made you feel terrified and extremely scared? For me, not many, and Bullseye is definitely one of them. Whenever he comes on the screen I feel terrified. It’s an achievement in itself.

Though I was talking about the series. In comics, Bullseye is also a major enemy of the Punisher. He can throw any item even an office eraser in a lethal projectile. He has worked under several crime bosses including kingpin.

The Russian was hired by American crime lord Ma Gnucci to kill Frank Castle. They offered him $10 M to kill The Punisher. The Russian came back from the dead more than once.

Yes, he is the man we saw in the gym in ‘The Punisher’ show as shown above. He was Russian. However, it was never confirmed, perhaps it was planned to introduce him as the said name in the next season. But then season 3 got canceled. So now we can’t say anything about that.

However, I still think it’s him cause it will also suit his comic description that he returned from death many times. And as we’ve seen he was pretty much dead in that gym.

Ma was the leader of the Gnucci Crime Family. They were a Mafia-like group, who controlled a majority of illegal activities in New York. She even had fine control over both the mayor and the police commissioner.

Frank Castle was the man who killed Ma Gnucci’s sons in order to mark his arrival to the New York underworld. Later, Ma who wanted vengeance hired a number of assassins and vigilantes to try and eliminate Punisher. But Frank Castle, being the Punisher outsmarted all of them.

As I stated earlier, not many villains are there who can frighten you the moment they come on screen. And Wilson Fisk is one of them. You’d probably know him not from the Daredevil series or spider-man animated series. He was also in Spider-man: Into the spider-verse.

He helped frank castle get his justice. As we see the prison fight in daredevil. He also let him escape from prison. Fisk even had a fight with him in the prison. In the comics, fisk nearly murdered Punisher with his Bare hands.

As he once said “Approx. 2% of my body mass is fat. Allow me to show you what 350lbs of muscle is capable of.“

As stated he was a former Green Beret. After leaving the military, he became a gangster and he Later partnered with Harry Ebbing, a corrupt and violent corporate CEO. Ebbing hired him to assassinate The Punisher. As Frank Castle was investigating Ebbing’s corporation. During his fight with the Punisher, he lost his eye and fingers.

William “Billy” Russo as in the Netflix series shown as Frank Castle’s former best friend. Billy also served with Frank in the Marine Corps. However, this wasn’t the case in the comics.

Nonetheless, he always had a contribution to the death of Frank’s family in both comics and the series. I think the fact that Billy Russo and Frank were friends in this series added more depth to the characters.

It’s a shame that Netflix canceled such a great show, though can’t blame this fully on Netflix as we also had Disney+ on the other hand. Maybe that’s the reason for this. I hope Marvel has plans to introduce them in the MCU.

Recently there were reports that claim Marvel is developing projects with The Defenders characters. As they would probably start getting characters right from mid-2020. So as is the case with The Punisher.

Certainly, I would love to see MCU exploring this aspect of the universe as well. And not just alien invasion and technology-derived villains. Not that I don’t like this cosmic aspect. It’s just that there should be a balance between all of them.

Anyways, this was the list of top punisher villains of all time. Who is your favorite villain among them, let me know in the comment section down below.