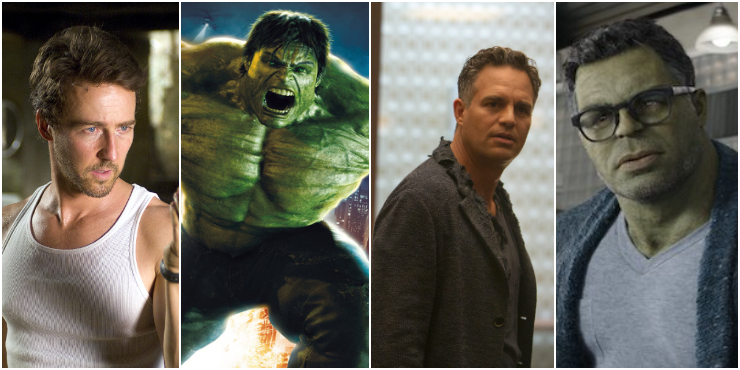 Hello everyone, I am back again with another Marvel Quotes series. Today, I’m gonna share with you the best quotes of Bruce Banner aka Hulk from his MCU Journey.

Although, Hulk’s journey is far from over in the MCU as he is confirmed to be in She-Hulk and there is also a rumored solo World War Hulk movie. So we’ll see how that unfolds.

Hulk in the MCU was first portrayed by Edward Norton in the Incredible Hulk movie, who was then replaced by Mark Ruffalo because of creative differences. So without any further due let’s check out the top quotes of Hulk:

I’m gonna divide this article according to Marvel’s Phases. So let’s check out Hulk’s quotes from MCU Phase 1 where he appeared in The Incredible Hulk and The Avengers.

1. Betty Ross: The subway is probably the quickest.
Bruce Banner: Me in a metal tube, deep underground with hundreds of people in the most aggressive city in the world?
Betty Ross: Right. Let’s get a cab.2. Betty Ross: (yells at taxi driver) Asshole!
Bruce Banner: You know, I know a few techniques that could help you manage that anger effectively.
Betty Ross: You zip it. We’re walking.
Bruce Banner: Ok.

3. Bruce Banner: (in poor Portuguese) Don’t make me hungry. You wouldn’t like me when I’m hungry.
Tough Guy Leader: (in Portuguese) What the hell he is talking about?

4. “Remember those experiments we volunteered for at Harvard? Those induced hallucinations? It’s a lot like that, just a thousand times amplified. It’s like someone poured a liter of acid into my brain.” — Bruce Banner

6. “I don’t think we should be focusing on Loki. That guy’s brain is a bag full of cats. You can smell crazy on him.” — Bruce Banner

7. Tony Stark: This stops it. This little circle of light. It’s part of me now, not just armor. It’s a… terrible privilege.
Bruce Banner: But you can control it.
Tony Stark: Because I learned how.
Bruce Banner: It’s different.
Tony Stark: Hey, I’ve read all about your accident. That much gamma exposure should have killed you.
Bruce Banner: So you’re saying that the Hulk… the other guy… saved my life? That’s nice. It’s a nice sentiment. Save it for what?
Tony Stark: I guess we’ll find out.

8. Steve Rogers: Word is you can find the cube.
Bruce Banner: Is that the only word on me?
Steve Rogers: Only word I care about.

9. Tony Stark: You should come by Stark Tower sometime. Top 10 floors all R&D, you’d love it… it’s Candyland.
Bruce Banner: Thanks, but the last time I was in New York I kind of broke… Harlem.

11. “In case you needed to kill me, but you can’t! I know! I tried!… I got low. I didn’t see an end, so I put a bullet in my mouth… and the other guy spit it out! So I moved on. I focused on helping other people. I was good until you dragged me back into this freak show and put everyone here at risk!” — Bruce Banner

13. Bruce Banner: Sorry, kids. You don’t get to see my little party trick after all.

Find out: Who is stronger: Hulk or Wolverine?

Now let’s move on to Phase 2. Bruce Banner only appeared in one movie in Phase 2, i.e., Avengers: Age of Ultron. So let’s see his top quotes from this movie:

18. Bruce Banner: Tony, maybe this might not be the time…
Tony Stark: Really? That’s it? You just roll over and show your belly, every time somebody snarls?
Bruce Banner: Only when I’ve created a murder-bot!

19. “I could choke the life out of you without changing a shade.” — Bruce Banner

21. Bruce Banner: You want me to take the scepter behind everyone’s back and use it to bring Ultron to life?
Tony Stark: Yeah, we don’t have time for a city hall debate.

23. Bruce Banner: I thought Ultron was a fantasy.
Tony Stark: Yesterday it was. If we can harness this power, and apply it to my Iron Legion protocol?
Bruce Banner: That’s a man-sized ‘if’.

26. Tony Stark: Look, we both know the guy has anger issues. Which, not to point a finger…
Bruce Banner: We told him to solve the world.

Hulk aka Bruce Banner or The Green Monster appeared in 4 movies. Thor: Ragnarok, Captain Marvel, Infinity War, and Endgame. Though he only appeared briefly in the mid-credits scene in Captain Marvel. So let’s check out Bruce’s best quotes from Phase 3:

28. Loki: Hello, Bruce.
Bruce Banner: Last time we saw you, you were trying to kill everyone. What are you up to these days?
Loki: It varies from moment to moment.

29. “(on Loki) I was just talking to him just a couple of minutes ago and he was totally ready to kill any of us.” — Bruce Banner

30. Thor: Hela, the goddess of death, has invaded Asgard! And you and I had a fight.
Bruce Banner: Did I win?
Thor: No, I won! Easily!
Bruce Banner: That doesn’t sound right…
Thor: Well, it’s true!

31. Bruce Banner: I don’t know how to fly this thing!
Thor: You’re a doctor, you have PhDs. You should figure it out.
Bruce Banner: None of them for flying alien spaceships!

32. Bruce Banner: (points at his brain) Biggest muscle in the body.
Thor: I’ve got more muscle, so technically more brains!

38. Valkyrie: Hey, big guy.
Hulk: Angry girl…
Valkyrie: What have you been up to?
Hulk: Winning.

39. Thor: We call you a stupid Avenger.
Hulk: YOU TINY AVENGER!

41. Tony Stark: Tell me his name again.
Bruce Banner: Thanos. He’s a plague, Tony. He invades planets. He takes what he wants. He wipes out half the population. He sent Loki. The attack on New York, that’s him.
Tony Stark: This is it. What’s our timeline?
Bruce Banner: No telling. He has the Power and Space Stones. That already makes him the strongest creature in the whole universe. If he gets his hands on all six stones, Tony…

43. “Tony, listen to me. Thor’s gone. Thanos is coming. It doesn’t matter who you’re talking to or not.” — Bruce Banner

44. Bruce Banner: Hulk. Hulk, I know you like making your entrance at the last second, well, this is it, man. This is the last *last* second. Hulk! Hulk! HULK!
Hulk: NOOOO!
Bruce Banner: Oh, screw you, you big green asshole! I’ll do it myself!

47. “If we do this, how do we know it’s going to end any differently than it did before?” — Bruce Banner

48. “I have no idea. We’re talking about time travel here. Either, all of it is a joke or none of it is.” — Professor Hulk

50. Bruce Banner: I get it. You’re in a rough spot, okay? I’ve been there myself. And you want to know who helped me out of it?
Thor: Was it Natasha?
Bruce Banner: It was you. You helped me.

51. Rocket: Kind of a step down from the golden palaces and the magic hammers and whatnot.
Bruce Banner: Hey, have a little compassion, pal. First, they lost Asgard, then half their people. They’re probably just happy to have a home.

53. Bruce Banner: You saw what those stones did to Thanos, they almost killed him. None of you could survive.
Steve Rogers: How do we know you will?
Bruce Banner: You don’t. But the radiation’s mostly gamma. It’s like I was made for this.

This list will be updated as Hulk continues his MCU journey in phase 4. So far he’s only appeared in Shang-Chi’s credit scene.

So, guys, this was it for this article. I hope you guys liked these quotes of Hulk. Feel free to let me know what’s your favorite Bruce Banner quote in the comment section down below.