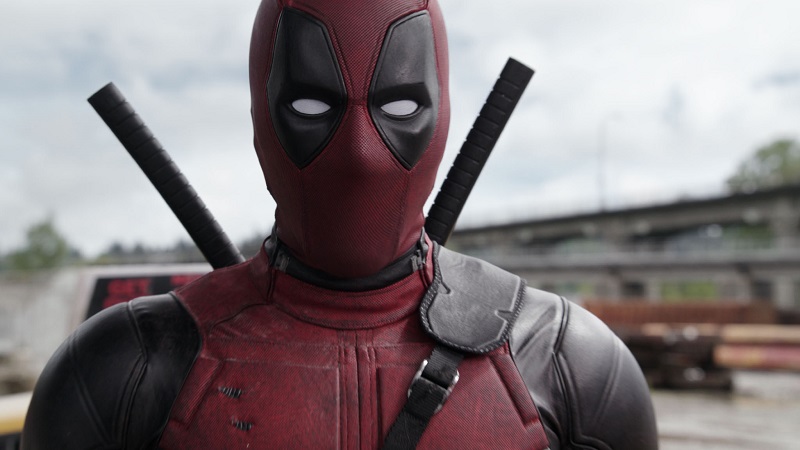 Hello everyone I’m back again with another article in the Marvel Quotes series. This time we’re checking out the best quotes of fan-favorite Deadpool aka the Merc with a mouth.

Deadpool has become fan favorite thanks to Ryan Reynold’s portrayal of the character. He perfectly captures the quirkiness, which is reflected by his constant talking and breaking the fourth wall.

You can even see his humor just by reading this list of quotes. So, without wasting time, let’s get started with this article and check out the top quotes of Wade Wilson from Fox’s movies.

Plot Synopsis: A wisecracking mercenary gets experimented on and becomes immortal but ugly, and sets out to track down the man who ruined his looks.

1. “From the studio that inexplicably sewed his fucking mouth shut the first time comes five-time Academy Award viewer, Ryan Reynolds in an eHarmony date with destiny. Ladies and gentlemen, I give you… me! Deadpool.” — Deadpool

2. Deadpool: I know right? You’re probably thinking, “Whose balls did I have to fondle to get my very own movie”? I can’t tell you his name, but it rhymes with “Polverine.” And let me tell you, he’s got a nice pair of smooth criminals down under.

4. “I had another Liam Neeson nightmare. I kidnapped his daughter and he just wasn’t having it. They made three of those movies. At some point, you have to wonder if he’s just a bad parent.” — Wade Wilson

5. Colossus: You will come talk with Professor Xavier.
Deadpool: McAvoy or Stewart? These timelines can get so confusing.

6. All dinosaurs feared the T-Rex! — Deadpool

7. “Looks ARE everything! Ever heard Dave Beckham speak? It’s like he mouth-se*ed a can of helium. You think Ryan Reynolds got this far on a superior acting method?” — Wade Wilson

8. “Time to make the chimi-fuc*in’-changas.” — Deadpool
Find out why Deadpool likes chimichangas.

9. “You’re probably thinking, “My boyfriend said this was a superhero movie but that guy in the suit just turned that other guy into a fucking kabab!” Well, I may be super, but I’m no hero. And yeah, technically, this is a murder. But some of the best love stories start with a murder. And that’s exactly what this is, a love story. And to tell it right… I gotta take you back to long before I squeezed this ass into red spandex” — Wade Wilson

10. Wade Wilson: Crime’s the disease, meet the cure. Okay, not the cure, but more like a topical ointment to reduce the swelling and itch. Hi, Tom!

11. “Whatever they did to me made me totally indestructible… and completely unfu*kable.” — Deadpool

13. Listen, the day I decide to become a crime-fighting sh*t swizzler, who rooms with a bunch of other little whiners at the Neverland Mansion of some creepy, old, bald, Heaven’s Gate-looking motherfucker… on that day, I’ll send your shiny, happy ass a friend request! — Wade Wilson

16. Recruiter: What if I told you we can cure your cancer? And what’s more, give you abilities most men only dream of?
Wade Wilson: I’d say that you sound like an infomercial, but not a good one, like Slap Chop. More Shake Weight-y.

18. I didn’t ask to be super, and I’m no hero. But when you find out your worst enemy is after your best girl, the time has come to be a fucking superhero. — Deadpool

20. Wade Wilson: Life is an endless series of trainwrecks with only brief commercial-like breaks of happiness. This had been the ultimate commercial break. Which meant it was time to return to our regularly scheduled programming. (collapses)

21. Your right leg is Thanksgiving and your left leg is Christmas. Can I come and visit you between the holidays. — Deadpool

23. Ajax: Why don’t you do us all a favor and shut the f*ck up or I’ll sew your pretty mouth shut.
Wade Wilson: Oh, I wouldn’t do that if I were you.

24. Deadpool: Okay guys, I only have twelve bullets, so you’re all going to have to share!

25. Ajax: Jeez, you should thank me. Apparently, I made you immortal. I’m actually quite jealous.
Wade Wilson: Yeah, but this ain’t a life worth livin’ is it?

26. Deadpool: Did I say this was a love story? It’s a horror movie.

28. Wade: This is confusing. Is it sexist to hit you? Is it more sexist to not hit you? I mean, the line gets real… blurry!

29. Love is a beautiful thing. When you find it, the whole world tastes like Daffodil Daydream. So you gotta hold onto love… tight! And never let go. Don’t make the same mistakes I did. Got it? — Deadpool

30. Deadpool: See? You don’t need to be a superhero to get the girl. The right girl will bring out the hero in you.

32. Cable: I use a device to slide through time. The longer I travel, the harder it is to control. I got two charges: one to get me here, one to get me home.
Wade Wilson: (breaks the fourth wall) Well… that’s just lazy writing.

35. “With this collar on, my superpower is just unbridled cancer. Give me a bow and arrow and I’m basically Hawkeye.” — Wade Wilson

36. Deadpool: You killed Black Tom, you racist son of a b*tch!

38. Cable: Dubsteps’ for pussies!
Wade Wilson: You’re so dark. Are you sure you’re not from the DC universe?

40. Deadpool: I know what you’re thinking: “I’m so glad I left the kiddos at home.” But that’s where you’d be wrong. That babysitter of yours is high as fuck right now. And believe it or not, Deadpool 2 is a family film. True story. And every big family film starts… with a vicious murder. Bambi, The Lion King, Saw 7.

Find out: Who would win: Wolverine vs Deadpool?

42. Cable, you get back to your family and you tell them Wade says hi. And promise me, promise me one thing that you’ll start judging people not by the color of the skin but by the content of their character. — Deadpool

43. Juggernaut: I’m gonna rip you in half now.
Deadpool: That is such a Juggernaut thing to say!

44. “Fu*k Wolverine. First, he rides my coattails with the R-rating, and then, that hairy motherf*cker ups the ante by dying. What a d*ck. Well, guess what, Wolvie? I’m dying in this one, too.” — Deadpool

45. Deadpool: Good news and bad news. Bad news is the whole team is dead. The good news is I don’t think anyone is gonna miss Shatterstar, he was a bit of a prick.

46. Deadpool: Just once, I’m gonna find a planet where people are worse than me at everything, a whole bunch of functional idiots. I’m gonna go there and be their Superman.

47. “F*ck your rules! I fight for what’s right, and sometimes you gotta fight dirty.” —Deadpool

48. Deadpool: In every film, there’s a moment when the hero hits rock bottom. In “Cool Runnings,” it was when John Candy’s prized bobsled broke. In “Human Centipede,” it was when those people signed on to be in that movie. But in this film, well, you’re looking at it. Rock, meet bottom.

49. Deadpool: Tell me they got that in slow motion.

50. “Hey, it’s me! Don’t scratch! Just cleaning up the timelines! Look, eventually, you’re going to hang up the claws, and it’s gonna make a lot of people very sad.” — Deadpool

So, guys, those were some of the best quotes of Deadpool from his two movies. Hopefully, the third one will come and so will the quotes. Anyways, let me know what’s your favorite quote from Ryan Reynold’s Wade Wilson in the comment section below.