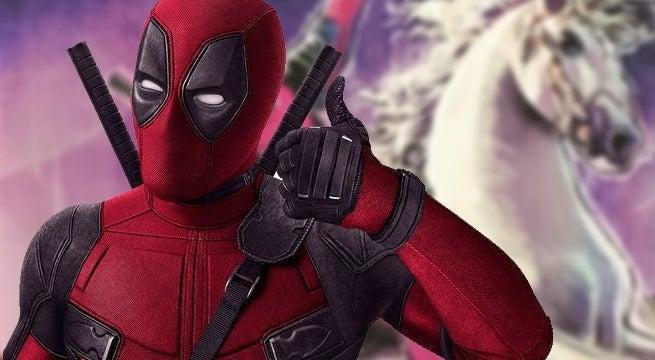 Deadpool is such a unique character. And his quirkiness is reflected by his constant talking and breaking the fourth wall. He is too random and that’s what makes his humor stand out. He’s one of the most loved anti-heroes from the Marvel universe.

And if you’re a fan of Deadpool you know that he loves to do unconventional things or strange things where it doesn’t even make sense. Like his obsession with the chimichangas. And constantly annoying other characters.

And today, I’m here to discuss one such quirkiness of his. As you’ve already read the title: Why does Deadpool like Unicorns? I’m gonna explain why he is obsessed with Unicorns. But let’s start with a short and precise answer first:

There is no canon lore right now in the comics which explains why Deadpool is obsessed with Unicorns. He probably likes Unicorns because it’s just a random thing and that is totally what Deadpool would do. This is a classic case of Deadpool being Deadpool.

So guys this was a short answer, which doesn’t directly answer the question because there isn’t any definite answer to this question. But in the next forthcoming section, I’m gonna discuss some possible theories as to why Deadpool likes unicorns?

And this is only taken further with Deadpool movies. Where everyone is talking about how Deadpool is taking his love of Unicorns to the mainstream. For instance, there was even an Imax poster where Deadpool was riding a unicorn.

Lastly, we all know what else he was doing with the Unicorn stuffed toy in the movie. You know the thing we weren’t supposed to see ;). And that is exactly what we’re gonna explore in a bit more detail in the upcoming section.

Find out: Why Deadpool hates Wolverine?

Ever since Deadpool became mainstream with the first movie. His love for Unicorns is explored even more in the second one. There were promotional ads, posters about it. Unicorns were everywhere.

Just check out the end credits of Deadpool 2 above and try to get that double-meaning joke..? Didn’t get it? Let me tell you. “He pokes Gina in her A.”

Meanwhile, Media was addressing this as “Deadpool taking his Unicorn fetish to mainstream”. But is it really true? Does Deadpool only like Unicorns because it’s his fetish? To answer that let’s dive deep into his sexuality.

So what is Deadpool’s sexuality? Well, he is officially pansexual. While he has been married to a girl and is also a father. He has also had interspecies intercourse. But it just doesn’t stop there.

He is known to hit on anyone he likes, so it doesn’t matter whether they are Male, Female, Alien, or any other species? He was even seen hitting on Thor once. Let’s see what his creators have to say about his sexuality:

“Deadpool is whatever sexual inclination his brain tells him he is in THAT moment. And then the moment passes. (…) Not trying to be dismissive, but readers always want to make a character their own, and often that is to the exclusion of what the character might mean to other fans. I’ve been dogged with the DP sexuality questions for YEARS. It is a bit tiring. He is NO sex and ALL sexes. He is yours and everyone else’s. So not dismissive, but rather the epitome of inclusive.” — Fabian Nicieza

So as the creator said he is whatever sexuality his mind says. And it’s influenced by his cancer and the healing factor which causes his brain to constantly flux. Hence he is gay one minute and straight the next.

Now let’s discover some theories which try to explain his fascination with Unicorns. It’s been stated by Deadpool himself that his father abused him and left his mom. And her mother turned alcoholic.

So the theory then comes is that Unicorn reminds him of his stuffed animal, which he clutched as his father beat him. Though his past has been retconned so many times it’s insane.

In one such story, he actually kills his parents under the influence of a Butler. Deadpool himself has said that we can pick whatever backstory we like the most. It’s intentionally kept ambiguous by the writers.

So, now I have given all the possible scenarios as to why Deadpool is obsessed with unicorns so much. You can pick whatever you like because there isn’t a definite reason.

Personally, I think he just likes unicorns because it’s random and that is precisely what he is known for. Anyways, this was it for this article. Hope you got your answers. Let me know what’s your headcanon for this in the comment section down below.