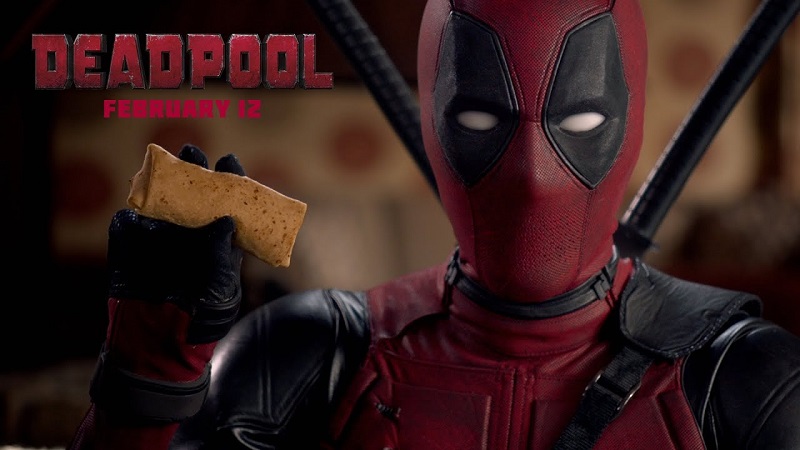 Deadpool is a character which people have given a lot of love since his first appearance. And over the years it has only increased especially with Fox’s Deadpool movies. And Now the next Deadpool movie is confirmed to be set in the MCU, there is nothing stopping him.

He is such a unique character and certainly a weird one, his tendency to constantly joke and talk along with his ability to break the fourth wall to make running gags makes him stand out from the rest.

That’s the reason he is known as “Merc with a Mouth”. One such running gag of Deadpool is that he loves Chimichangas. As you must have heard of the famous Deadpool Quote: “I can say Chimichanga in seven languages.” So, I’m here to decode why does he like chimichangas so much.

So let’s start with a short answer:

There you have it, boys, I have now cleared that misconception a lot of people have. Like the one, I discussed previously where we talked about Why Deadpool can’t heal his skin? Because people think that he is cured of cancer, while he is not. Make sure to check that out as well.

In the forthcoming sections, I’m gonna discuss a bit more about Deadpool and its relationship with chimichangas.

Checkout: Why does Deadpool hate Wolverine?

It’s a quite famous dish and it would be a lie if I said Deadpool doesn’t have anything to do with Chimichangas being famous. Even if people haven’t tried it they do usually know what it is maybe not exact ingredients but they do have at least a vague idea.

Even though Chimichanga’s exact origin is uncertain people still know this as Mexican food because, by some account, it originated in Mexico.

From Wikipedia, A chimichanga is a deep-fried burrito that is common in Tex-Mex and other Southwestern U.S. cuisine. The dish is typically prepared by filling a flour tortilla with various ingredients, most commonly rice, cheese, beans, and meat such as a machaca (dried meat), Carne adobada (marinated meat), Carne Seca (dried beef), or shredded chicken, and folding it into a rectangular package. It is then deep-fried and can be accompanied by salsa, guacamole, sour cream, or carne asada.

It’s been a common misconception that Deadpool loves chimichangas. And the fact that it is truly marketed like he unquestionably loves it just fuels up that misconception even more. Like for example watch this promotional video of Fox’s Deadpool 1 below:

This is just one instance where it’s been promoted that Deadpool likes chimichangas. It’s especially exaggerated in merchandising where you can find tons of Deadpool t-shirt with chimichangas.

And when the waiter asked about what he would like to order? Deadpool answers Enchilada. Now just see the irony; He orders Enchilada in a place that makes the best chimichangas on the island.

Find out: How Nick Fury lost his eye in the comics?

Why Deadpool says Chimichangas so often?

So, naturally, the question that arises next is: If he doesn’t like chimichangas why does he say it again and again?

And Deadpool saying chimichangas so frequently even though he doesn’t like them that much is absolutely something Deadpool would do. And it’s just Deadpool being Deadpool. But it reached up to the point where he got annoyed by it and that’s why he explained himself to the audience.

As he explained himself in the panel above that he just says it because he likes the sound of it. Well, he is not wrong it does sound good. Now try to say “chimichangas” keeping this in mind. I bet that it sounds good.

There you have it guys, I just explained and cleared a common misconception that even some comic books believe in cause maybe they missed this storyline where Deadpool explains that he doesn’t like chimichangas.

And as I said I would love to have something like this done in the MCU as well so that the wider audience will also get to know about this. Anyways let me know what are your thoughts on this in the comment section below.