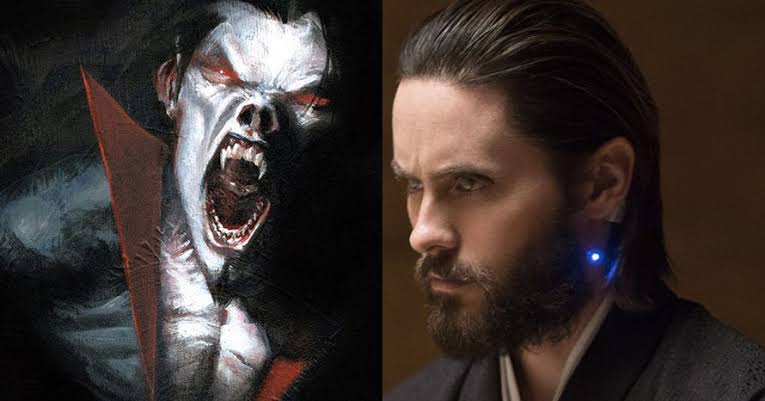 Morbius trailer is going to release on January 13 at 6 AM PST. Ahead of the trailer we’ve got exciting news about the movie. It’ been reported that Morbius will have few Spiderman references.

However, we shouldn’t expect Tom Holland to feature a cameo in the movie. Rather it will be a reference from the latest installment of Spiderman i.e., far from home.

Apparently, we have rumors that J.K. Simmons is also going to appear in the movie. JK Simmons Will Have A Supporting Role In Jared Leto’s ‘MORBIUS’. he will appear as J. Jonah Jameson interviewing Dr. Michael Morbius on The Daily Bugle. MCU Spider-Man Will Have a Connection To The Film via “Wanted” posters. Due To The Events After ‘Far From Home’.

Sony’s Morbius will be the first movie from Sony’s Marvel universe to reference it to MCU. It’s a movie for which not many fans are excited for. Linking Morbius with Spiderman references or to MCU definitely creates some buzz.

We have a leaked image from Morbius. It features spiderman posters in the background with a murderer written on it. Here is the leaked image:

However, it was already planned when the Disney/Sony deal was renewed, It was confirmed that Sony’s Universe can reference the event of MCU. So this is just a start that Spiderman also exists in Sony’s Universe.

Consequently, due to this news, it also strengthens the rumor of Tom Holland appearing in Venom 2. Furthermore, it kicks starts the Sony’s Spiderverse.

Let me know what do you think about this in the comment section below.