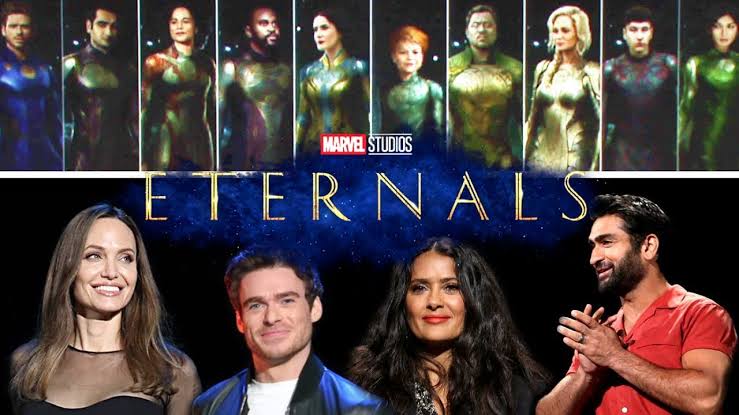 Marvel Studios’ The Eternals is going to hit theaters on 6 November 2020. Prior to that, we’ve got official plot synopsis for ‘The Eternals Movie’.

According to official Plot Synopsis, The Eternals is going to take place after the events of ‘Avengers: Endgame’.

It’s believed that the Eternals were sent by the Celestial to preserve the Human race. But somehow they forgot who they were and they had some Powers.

However, following the events of Avengers: Endgame an Unexpected incident forces them out of the shadows. Now they must reunite against mankind’s most ancient enemy, The Deviants. Sounds interesting? Right. Of course, this movie is going to show completely different aspects of MCU. It is going to be related to the cosmic world.

Here is the official plot synopsis:

Marvel Studios’ The Eternals features an exciting new team of Super-heroes in the Marvel Cinematic Universe, Ancient Aliens who’ve been living on earth in secrets for thousands of years. After the events of Avengers: Endgame an unexpected tragedy forces them out of the shadows. They must reunite against Mankind’s most ancient enemy, The Deviants.

Consequently, Marvel also gave info about the cast which we already knew. However, if you don’t here is the Major Cast for The Eternals:

So this was the Major cast and characters of The Eternals Movie. We have also discussed the brief Plot Synopsis. This movie is definitely going to be awesome. because it will explore the cosmic world of the MCU. So please tell us what do you think about this movie in the comment section below.