Ever wondered whether the Time Stone is really destroyed or not? If so then you’ve landed at the perfect place.

We’ve got the latest plot leak for ‘Doctor Strange in the Multiverse of Madness’ movie. And this plot leak suggests that Mordo and the Time Stone are going to return to the MCU. How? Let’s find out.

When Backstage shared the list of films soon going to cast in the UK. They also gave a plot synopsis about those movies. Surprisingly enough the first movie on the list was Doctor Strange 2.

Here is how the Plot reads:

After the events of Avengers: Endgame, Dr. Stephen Strange continues his research on the Time Stone. But an old friend-turned-enemy puts an end to his plans and causes Strange to unleash unspeakable evil.

Though this is not the official plot synopsis and is not released by Marvel Studios. And we should take this as a grain of salt.

However, it does sounds interesting and pretty legit. To be honest, I think when the official plot gets released it will somewhat resonate with this one.

So, in the next section, we are going to breakdown this plot. We’ll discuss what’s wrong and right with this plot synopsis. And how legit does it sounds?

Does Dr. Strange have the Time Stone after ‘Avengers: Endgame’?

Many of you guys might be wondering whether Strange still has the Time Stone after Endgame? Doctor Strange 2 gave Time Stone to Thanos in infinity war.

And then in Infinity War, we saw Thanos with the burnt gauntlet. Or burnt Thanos with burnt gauntlet (pun intended). Thanos confirmed “Universe required correction. After that, the stones served no purpose…beyond temptation.“

And his iconic lines “Gone…Reduced to Atoms, I used the stones to destroy the stones.” So yes, as of now, Doctor Strange doesn’t have the time stone. But pay attention to the “reduced to atoms” line. We’ll use that later.

What Doctor Strange will do without the Time Stone?

This one’s really no brainer and should be the first question to come in mind…As explained by Doctor Strange himself in the ‘Infinity War‘: “Our oath to protect the Time Stone cannot change“.

So it’s pretty clear that the main task of the sorcerer supreme is to protect our reality and the time stone.

But what he’s gonna do when he doesn’t have the time stone? Here is a popular meme to perfectly explain what problem this creates:

Jokes apart! But seriously though, what will Strange do when Dormammu returns. Some say that Strange can bring the Time Stone from another timeline.

But that is just gonna create a lot of mess. That’s why I think that the time stone will return and we’ll just discuss how in the next section.

Yes, there was no time stone in the original timeline. Captain America returned all the infinity stone back to their original place and timeline.

The plot reads “…Dr. Stephen Strange continues his research on the Time Stone.” So the question arises why does Strange putting his efforts on learning about that?

Is there any possible reason for that. Let’s see why the sorcerer supreme is putting effort on learning about the stone:

This one’s pretty obvious, old friend is Mordo. Because at the end of the first ‘Doctor Strange‘ movie, Mordo was set to be a future Villian. As we saw both Mordo and strange disagreed with the way of saving the world.

He said that we violated the laws of nature and this gonna have some serious consequences. And hence their ways got separated. Also, he was already pissed after learning that the Ancient one was drawing powers from the Dark dimension.

In fact, In the post-credit scene, we even saw him killing one of the sorcerers. So, Mordo’s return in the Multiverse of Madness makes perfect sense.

As far as it goes for ‘unleashing unspeakable Villian’, I am stuck with Nightmare. As we have already Discussed how epic this Doctor Strange vs Nightmare battle is going to be.

Apparently, Doctor Strange 2 was meant to be a kind of horror movie. Nightmare is the synonym for horror.

However, Later Kevin Feige said that the movie is not completely horror but will have some horror sequences.

Then we got the sad news that Scott Derickson Left Doctor Strange 2 cause of creative differences. We’ve already covered that story explaining the possible reasons for that.

However, most of the fans believed its because Disney doesn’t want to make a horror movie to preserve their precious Pg-13 rating.

Another probable Villian could be Shuma-Gorath. That’s because of the following reasons:

So, Maybe while researching on Time Stone or about Time Stone, things went wrong either due to Mordo or due to himself. That’ll open up the path to these different realities or dimensions and now his reality is in threat from that unspeakable villain.

In the end, it all comes down to be one big question. Will Dr. Strange have the time stone in doctor strange 2? Let me give you my honest opinion and what I think about this:

After giving all these facts and info, I think yes the Timestone is going to return to the MCU and it’s going to be a hell of a ride. As Marvel is going to explore it’s Multiverse side of the Universe.

That’s all for now. What do you guys think Mordo and Time stone return? Let me know in the comment section below. WandaVision plot explained: Will wanda be the Main Villain? 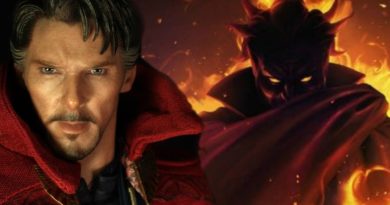 Doctor Strange 2 will introduce New Characters in the MCU