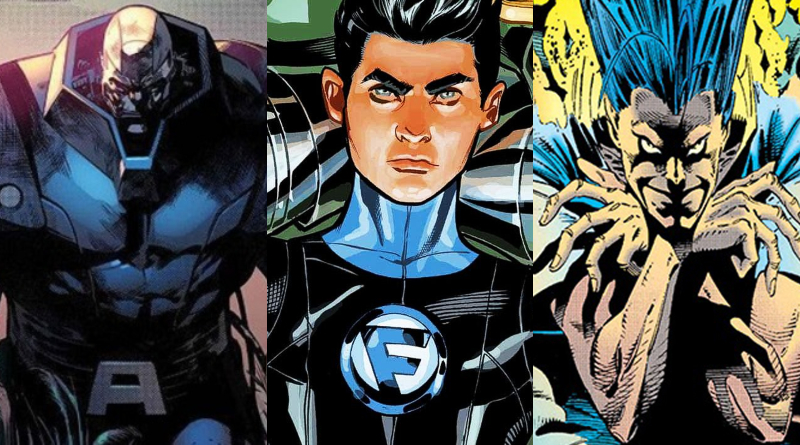 The X-Men Universe has its own separate fan base. Thanks to Fox’s X-Men Universe. Although they were already pretty popular even before X-Men’s movies. But we should give credit where it’s due. Anyways, today we’re gonna talk about the 10 most powerful mutants from the Marvel Universe.

These mutants are considered omega or beyond omega-level mutants. Basically, Omega-level mutants are the ones who possess an undefinable limit of power. So there are a lot of characters in this class both heroes and villains and today we’re just gonna talk about that. So let’s get started.

Let’s check out Marvel’s Most powerful X-Men and discuss these characters in a little bit of detail along with their history. So without any further delay let’s get started:

Nate Grey aka the X-Man is the alternate version of Cable. He is from Earth-616 or the “Age of Apocalypse” reality. Nate is also the biological son of his reality’s Scott Summers and Jean Grey just like in the main universe. He is born of high genetic tampering by Mr. Sinister.

And Hence he has vast telepathic and telekinetic powers as one would expect from Cable if he hadn’t been affected by a techno-organic virus. Nate is an omega-level mutant and was among one of the most powerful mutants in existence during his lifetime.

Ororo Munroe aka the Storm is born as the child of Kenyan tribal princess N’Dare and American American photographer David Munroe. She lost her parents when she was five years old as a fighter jet crashes into her parents’ house.

Ororo was buried under tons of rubble but still survives. After this unfortunate accident, she was left with intense claustrophobia. However, later it’s shown that she had largely conquered her claustrophobia.

Later in her life, she is recruited by Professor X and hence becomes a member of team X-Men. The storm has a psionic ability to control and manipulate the weather around her. While on the surface this doesn’t look like the coolest superpower.

But in reality, it is. As she can control the atmospheric pressure of any area along and her control over Lightning, blizzards, hurricanes and many other meteorological events makes her one of the most powerful mutants of all time.

Robert Louis “Bobby” Drake aka the Iceman is one of the founding members of the X-Men. Booby is a mutant born with superhuman abilities. He can manipulate ice and cold by freezing water vapor around him. This allows him to freeze objects, as well as turn his body into ice.

He first encountered his power when he was on a date with a girl named Judy and a bully tried to take away Judy for himself. Bobby pointed his hand at the bully and encased him in a block of ice. Later, all the townspeople came after him when they heard about this incident.

Then the Local sheriff had to put him in jail for his own protection. Booby then met with Scott Summer who blew off the outer wall of his cell and offered Bobby to go with him. But they got involved in a fight as Bobby refused to go with him and were eventually stopped by Professor X.

This is how he became the second member of the X-Men. Initially, he wasn’t that powerful but over the years later has grown exponentially. He is now regarded as an omega-level mutant who can kill his opponent from the inside out by freezing their water molecules.

Exodus was initially introduced under the name Paris Bennett but later it was uncovered that this was just his alias. His real name was Bennet Du Paris and he was born in 12th-century France. As an adult, he was a crusader, and later in his life, he came across Apocalypse.

Apocalypse augmented Bennet’s dormant mutant genes and hence he transformed into Exodus. Since then he became a follower of Apocalypse though they part ways later due to circumstances. But Exodus still stands as a supervillain for the X-Men.

He has used his powerful abilities like telepathy, telekinesis, teleportation along with superhuman durability, and a strong accelerated/regenerative healing factor to win against multiple teams of X-Men. Since then he has become a thorn in the guts of the X-Men team.

She doesn’t need any introduction, does she? With Elizabeth Olsen’s portrayal of Wanda in the MCU, both the actress as well as the character has gained widespread recognition. Wanda is no doubt one of the most powerful mutants in the Marvel Universe.

While her parentage has been changed more than once a retcon in the 1980s revealed that Magneto is her father. Initially, she wasn’t much power but still had some great abilities like Energy projection, manipulation, and absorption and was considered a powerful sorceress.

However, the House of M storyline completely changed how the world looked at her. The storyline ended with an M-Day where the mutants’ population went down from millions to just 198. Why? Because Scarlet Witch said, “No more mutants” literally.

This show will show us the darker side of Wanda and why she is called the Scarlet Witch. I have already shared an in-depth potential plot of the WandaVision series where I discussed what you can expect from the series. It’s an interesting read you won’t wanna miss this out.

Jean Grey was born with telekinetic and telepathic powers. We have seen two versions of Jean Grey in Fox’s X-Men Universe where Famke Janssen portrayed the character as an adult and Sophie Turner portrayed her as a teenager.

Her first encounter with her powers is different in the movies than in the comics. In the comics, she first manifested her powers when she saw her childhood friend being hit by a car. While she is not much powerful but her physical manifestation of the cosmic Phoenix Force is what makes her stand out.

Although even without the Phoenix Force she’s still one of the most powerful telepaths in the world. She is so powerful that Professor X hindered her full potential when Jean was younger and slowly introduced them to her.

She is already an omega-level mutant but with the manifestation of the Phoenix Force, she is not only one of Marvel’s most powerful mutants but undoubtedly one of the most powerful beings in the Marvel Universe heck even the Multiverse.

He was initially depicted as an advisory to X-men. But later has been projected as the antihero to even work alongside X-men. When on his peak level he can literally control any living being because of iron present in the blood.

Once in the Ultimate X-Men Magneto used his power to reverse the Earth’s polarity which resulted in the rise of the sea level and hence causing a sparking global emergency. He can fly with the help of Magnetic field induction.

Magneto can generate magnetic pulses and has once turned himself invisible by manipulating the light around his body. He has moved entire buildings, a nuclear submarine, and even large asteroids. His limitations are only present in his head and his creativity.

David Charles Haller aka the Legion is the son of Professor Charles Xavier and Gabrielle Haller. Legion has a severe mental illness including a form of dissociative identity disorder. Which is what makes him worthy to be on this list. He is known for his anti-heroic deeds.

Dan Stevens portrayed the character in the television series Legion premiered on the FX network. Like his father, Charles Xavier, Legion is also a telepath. But he suffers from Dissociative Identity Disorder (DID) which is not unheard of in the Marvel Universe.

One of the most powerful characters who also have DID is Moon Knight. While Moon Knight only has a handful of personalities, Legion has more than 50+. And that’s the reason why he is so powerful because each personality grants him different power.

En Sabah Nur aka the Apocalypse is one of the world’s first mutants. He was originally a principal villain for the Original X-Factor team. But now he is mainly a foe for the X-Men and related spinoff teams. We have also seen Apocalypse in Fox’s X-Men movies.

Apocalypse was born thousands of years ago in Aqaba. He was born with the mutant X-gene. Because of his grey skin and blue lips was abandoned by his people. He was then rescued by a Sandstormers named Baal who named him En Sabah Nurblue.

Which Marvel translates as “The First One”. Apocalypse has a long history and over the years his might has brought a lot of our heroes to their knees. Our heroes have only given him a run for his life when they have fought together. Otherwise, they stand no chance against him except a few.

His powers range from technopathy, super strength, invulnerability, teleportation, energy projection to telekinesis. In addition to this, he further augmented his strength using ancient Celestial technology he found crashed on Earth. Apocalypse can also augment the powers of other mutants.

Franklin Benjamin Richards is the son of Mister Fantastic and the Invisible Woman of the Fantastic Four. Many of you might already be having questions as to why he is even a mutant. So yes he is indeed a mutant thanks to his parents’ radiation-altered genes.

Due to which he began manifesting his powers while still a toddler, unlike other mutants who don’t show any sign of which until they hit puberty. Initially, his powers were hindered from him but as he grew up it became impossible to stop him from manifesting them. He is beyond omega-level mutant.

Frank Richards has the ability to warp the realities and can create pocket universes as he pleases. His other abilities include Matter and energy manipulation, Energy projection, Immortality. He also has psionic abilities such as telekinesis, telepathy, astral projection teleportation, and Immortality.