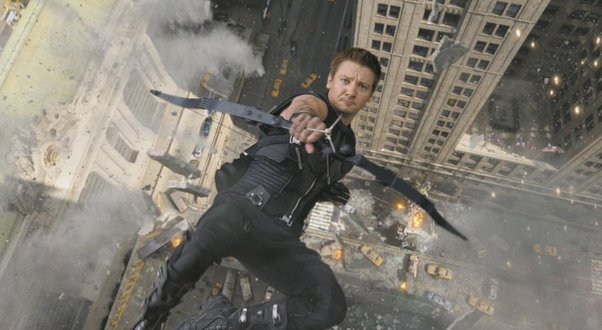 Hawkeye is a character that many take for granted. Especially in the MCU, as in the movies, it’s all about power level, and Hawkeye doesn’t exactly fit into that. And on top of that limited screen time doesn’t help at all.

But still, there are a lot of fans who love him for reasons that make him unique. And Today I’m just gonna discuss that.

You must’ve heard the one of the best quotes of Hawkeye that is, “Hawkeye never miss”. I will talk about this quote and we’ll see how this is an integral part of his character and why it makes him who he is.

First, let’s start with a short and precise answer and try to answer why Hawkeye can’t miss:

It’s not a matter of whether Hawkeye can miss or not? It’s about him becoming a liability. He fights alongside a God, supersoldiers, and big leagues. It’s his driving factor that the moment he misses his shot he becomes just another guy with bows and arrows who doesn’t deserve to be on the team.

This is Clint’s justification that he deserves to be on the team with all these big superheroes with superpowers. Let’s discuss Hawkeye in a little bit more detail in the forthcoming section.

Many people think that Hawkeye has some military history and has acquired his crazy accuracy skills from that. Or even spent time in exile to master his archery skills.

However, that isn’t the case. Hawkeye first came across bow and arrow as a circus act. Clint was trained by Swordsman, another circus performer. He turned Hawkeye into a master archer.

He never learned his skills to help other people or become a superhero. Hawkeye simply learned it for the circus act. He instantly became a star attraction with his immaculate skills.

But as they say, “What is meant to be, will always find its way.” It was when he saw Iron Man and then decided to use his skills for something bigger, to help others in need.

Find out: How did Hawkeye become deaf in comics and MCU?

One might think that Hawkeye’s ridiculous accuracy in his superpower. In fact, it’s what the majority of the audience thinks. Especially since the movies make it look like he has superpowers.

But let’s get this misconception out of sight, Hawkeye doesn’t have any superpowers. His accuracy is the result of his ridiculous training day in and day out for years.

It’s been frequently mentioned that he has honed his accuracy and immaculate archery skills over the years with his vigorous training regime.

Hawkeye even discusses this with Spider and talks about how he can’t miss it because he is in a team that has a literal God, Superhumans, and whatnot.

He explains that it’s his training that makes him special, and the moment he misses his shot he doesn’t deserve to be on this team. Here is the conversation for the same:

With this conversation, we can conclude that when Hawkeye says, “He doesn’t miss.” It just doesn’t mean literally, it’s more profound than that at least for him.

Has Hawkeye ever missed?

Now that I have explained that Hawkeye can’t miss shouldn’t be taken literally. The next question arises: Has Hawkever ever missed his shot?

Yes, Hawkeye does miss his shot occasionally here and there. In fact, in the above conversation, he misses the next shot he takes. But spiderman doesn’t have the heart to tell him.

Especially, after he learned about Hawkeye’s truth. So Spidey takes the arrow and stabs Sidewinder with it so that Clint wouldn’t lose his confidence. Here’s how it goes:

In conclusion, Hawkeye, being a normal human wouldn’t be in a team of big leagues if it wasn’t for his ridiculous accuracy and skills which he achieved with years of strenuous training.

It’s his driving factor, his personal justification to be on this team that he absolutely cannot miss. This is his gift, his curse. Who is he? He is Hawkeye.

So, guys, that’s it for this article. I hope you found your answers and it made you think more about Hawkeye as a character, his nuances, his depth. Anyways, Feel free to share your thoughts in the comment section below.

Find out: Why Deadpool hates Wolverine?