While most of the Marvel fans probably know this many casual fans may not. Not only that some people might not know this because they live in different geographical areas.

You might be thinking about what I’m talking about. So let’s start without wasting time:

You’d probably already know that there are a spider species named ‘Latrodectus‘, a broadly distributed genus of spiders. Or just called the ‘Black Widow Spiders‘.

More comics Insight: How Nick fury lose his eye in the comics?

Now if you’ve ever seen their photos on Facebook or any other social media you probably guess it by now. Here is the reason:

Here are some pictures of the same:

Yes, isn’t it interesting? Marvel really pays attention to the real world. But wait here is a catch:

Other than America Most of the regions don’t have the stereotypical black widow spider. Here are some of the examples:

Here is how the Australian Black Widow looks like:

Don’t worry this article isn’t about Spiders. But here is another fact for you, if you find one of these spiders don’t bother to click pictures and disturb them.

More comics Insights: Every wondered why Deadpool can’t heal his skin? Find out why.

As their venom in 15 times stronger than a rattlesnake. These are extremely dangerous spiders. So stay away from them.

Anyways, let me know if you already knew about this fact or not in the comment section below. And don’t forget to share this awesome and interesting fact with your friends. Robert Downey Jr will have a cameo in Black Widow 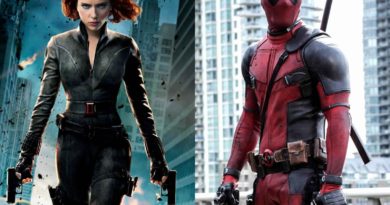