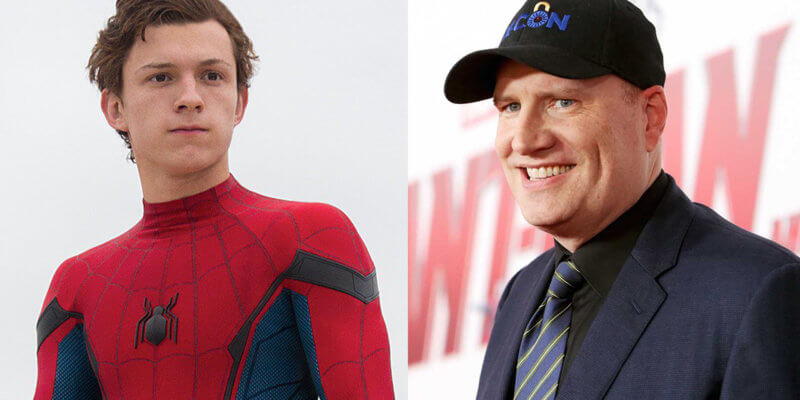 We all know about Spider-Man’s Pain full MCU’s exit. However, till now Feige and Holland haven’t openly talked about it.

However, At D23 Expo they shared their views about this matter. This past week, fans of the Marvel Cinematic Universe were hit with the bomb.

That Disney and Sony Pictures might not be able to finalize a new deal to keep sharing the movie rights to Spider-Man. That means we may not see Spidey swinging around with The Avengers anymore.

Which means Peter Parker would be playing in a much different sandbox in the creative control of Sony Pictures instead of Kevin Feige and Marvel Studios. In short, it stinks, and now two of the key figures involved have responded.

As we’ve detailed, Sony and Disney are in a conflict about the rights concerning the live-action Spider-Man, a conflict that, depending on who you ask, is about producer rights, a whole lot of money, or both.

Now, both Tom Holland and Kevin Feige have opened up about the ongoing conflict, talking to Entertainment Weekly on their personal feelings about the version of Peter Parker that they created and his uncertain future.

This is what Tom Holland said :

Maybe this was it, Part of the Journey is the End. However, everyone was hoping for more.

For what it’s worth, Holland wanted fans to hear at least some semblance of peace when. During the Onward presentation, he said, “Hey everyone, it’s been a crazy week. But I want you all to know, from the bottom of my heart, that I love you 3000″.