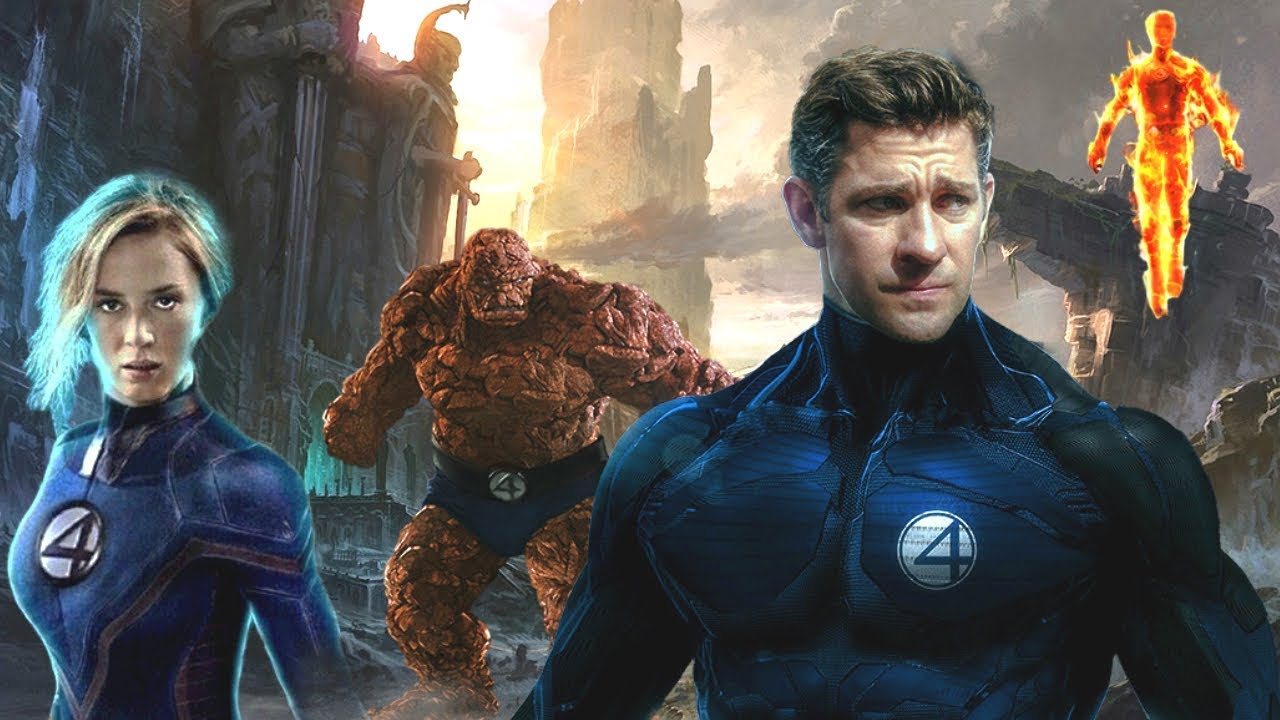 Marvel Phase 4 is going to be lit. We’ll be exploring more of the Cosmic World and Of course the Multiverse. But the Phase 5 is what goona be a Major event for the MCU. As Keven Fiege confirmed that the Fantastic Four and Mutants (X-men) are soon joining the MCU.

So here I am today with this theory. I’ll tell you the possible way how Fantastic four will be introduced, in such a way that it will not break any continuity in the MCU.

Most of you guys must have heard by now, but if you haven’t heard that Fantastic 4 in MCU is officially confirmed. Kevin Feige confirmed that the Fantastic four movie is coming to the MCU in SDCC.

So of course, everybody is super excited to see Marvel doing a Fantastic 4 movie. However, the excitement comes with many questions.

Including the Big one that is, how exactly marvel is going to introduce the fantastic 4 in the MCU. What is going to be their origin story?

So I am gonna share with you what we know right now about the movie.

According to reports, there are rumors that Fantastic 4 was already being planned for upcoming phases of MCU.

It’s just that we got official confirmation now. But what recently came to light is that Peyton Reed, the director of Ant-Man and Ant-Man and the Wasp, actually has a Fantastic 4 script.

He also pitched that script to Fox who previously had rights to Fantastic 4, but they weren’t interested.

Best Way to bring them in the MCU :

However, Marvel now owns the right to use Fantastic Four in the MCU and Peyton Reed still has that script. That script reportedly will have the Fantastic 4 introduced in the 1960s.

That lands up with the current report of cosmic book news that says the fantastic four will, in fact, be introduced in the 1960s. But they get stuck inside the quantum realm.

This is the way that Marvel could bring the fantastic 4 to the current time of MCU. Also, they will not age.

This would be just like Janet van Dyne or the original wasp in Ant-Man and the Wasp being stuck inside the Quantum Realm. But when she comes out she hasn’t aged at all.

Yes, she definitely aged but not in a normal way. This means she aged very less than what she would’ve been aged in the real world.

As a result, she also gains certain abilities.

In fact, this report says, that Fantastic four were working with Hank Pym and Janet Van Dyne. This makes perfect sense, they’re all connected, they’re all scientists.

Also, Fantastic Four is Heavily connected with the quantum realm in the comics.

Consequently, if you remember when Ant-Man and the Wasp came on Blu-ray, Director said to look very closely when Hank and Janet were leaving from quantum real. He said that this easter egg directly connects to the future of the MCU.

This is where we see a quantum city. As shown below.

The Fantastic 4 could have made this city. This could be where they have been for the last 45 years.

Payten Reed put this city in the quantum realm, maybe he knew he was gonna use this in the future.

Here are some of the Villains that might be introduced in the MCU via Fantastic four. I think these villains can be built over the years just like Thanos. And then we can have another Major crossover but this time with the X-men and the Fantastic 4.

This could be a very new and fantastic take on how Fantastic Four will get their Power from. Another thing this does is open up the possibilities for a new big Villain specially Annihilus.

Comic fans probably already know about him. He is a really powerful villain. First introduced as a direct foe to the F4s. Also known as the Ruler of the Negative Zone/Quantum realm.

Here are some of his abilities:

As he has a connection and control over the negative zone. Annihilus can pose a very huge threat.

Most of us thought that he could appear in Endgame but of course, he didn’t. But he could possibly be the big bad Villain of the Fantastic 4.

Every Marvel fan already knows about him from the Fox’s Fantastic four. But To be honest they really did him dirty. And was injustice to his character though most of the characters were bad.

But the point is Dr. Doom can be a really big villain. He has the right motive and all. Now that the Marvel has control over Fox’s properties I totally trust them that they’ll do better. Especially with the supervision of Kevin Fiege.

Of course, most of us want Doctor Doom to be the main Villain of Fantastic Four. But I think Dr. Doom will be build up over time. Just Like Thanos as he has the potential to be a big villain.

So I think we are going to see Dr. Doom in Fantastic Four but they will be building him over time, Just Like Thanos. Dr, Doom will not just be the villain of Fantastic Four.

As Dr. Doom is one of the greatest villains in Marvel history.

So, According to these reports, it sounds like Fantastic Four is going to stars off in the 1960s. Where Fantastic four will be working with Hank Pym and Janet.

Then Fantastic Four will go inside the Quantum Realm consequently getting stuck in it. Then finally gaining their powers, then encountering with Annihilus.

Finally coming Back to Present time and uniting with other MCU heroes.

Let me know what you think about this. However, this is not officially confirmed. Share your thoughts about this, if you would like the Fantastic Four movie to be played out this way.