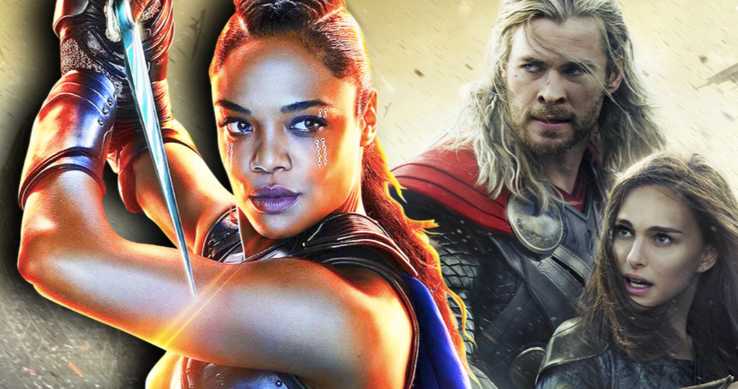 Want to know about Thor 4 Timeline. Read this article to know when will Thor 4 will take place. As we have already discussed that Thor 4 was confirmed. But now it’s officially revealed by Marvel.

At San Diego Comic Con, Kevin Feige confirmed that Thor 4 is happening. Movie is titled as Love and Thunder and will hit theaters in November 2021. We might even be seeing Guardians in Thor 4. Yes, Read the full article to know about this.

Many MCU fans wondered when will exactly the movie takes place in the current timeline. Luckily, Guardians of the Galaxy Vol. 3 director James Gunn has cleared that up for us.

Marvel Studios boss Kevin Feige revealed the rest of Phase 4’s upcoming schedule at Comic-Con. Including a few more titles that will come up afterward. MCU fans are pretty excited as evidenced by social media response.

Timeline of Thor 4 and GOTG3 revealed

James Gunn posted a congratulatory message. As Avengers: Endgame for finally taking down James Cameron’s Avatar as the highest-grossing movie of all time. One fan asked in the comments section when Thor: Love and Thunder takes place.

Hell yes!!! Thanks everybody!! ? #Endgame

In relation to Guardians of the Galaxy Vol 3. Gunn replied with a simple, “before”. So, there we have it, the next Thor movie will take place before the next Guardians.

Which logistically makes sense since we’re pretty far out from seeing the third and final installment from Gunn and crew. Here is the screenshot of that reply :

What does this mean to the Fans ..?

However, Thor: Love and Thunder‘s timeline placement does raise some questions. Avengers: Endgame concluded with The God of Thunder taking off with the Guardians in the Benatar.

Leaving New Asgard to Valkyrie. So fans were hoping to see Thor in Guardians 3. But what I think is that maybe the Guardians will more than likely drop him off somewhere.

Or we might be seeing some Guardians appear in Thor 4. But it’s far too early to predict anything. Who knows what Taika Waititi has planned and even so, it will probably be something completely unexpected.

Update: As I predicted by this, Guardians are confirmed to appear in Thor 4 by Vin Diesel him.

Thor: Love and Thunder will see the return of Natalie Portman’s Jane Foster, who will be taking on the role of the Mighty Thor, aka female Thor. Portman is excited to return to the franchise and will be getting “jacked” for the role, according to a new social media post from the actress.

She has plenty of time to do so since we’re more than two years away from seeing the movie hit theaters, but it’ll be here before we know it.

Taika Waititi, Chris Hemsworth, and Tessa Thompson are reuniting to make Thor: Love and Thunder, but it is unclear if Tom Hiddleston or Mark Ruffalo will be joining them. Hiddleston’s God of Mischief is dead in the current timeline, but very much alive in a new one, which was teased in Avengers: Endgame.

This is how the Loki is coming back for his standalone Loki Disney+ series. At the very least, we know Korg and Miek will be returning as long as they’re not too busy playing Fortnite.

You can check out James Gunn’s Instagram post congratulating Endgame and his comments on the Thor: Love and Thunder timeline below.