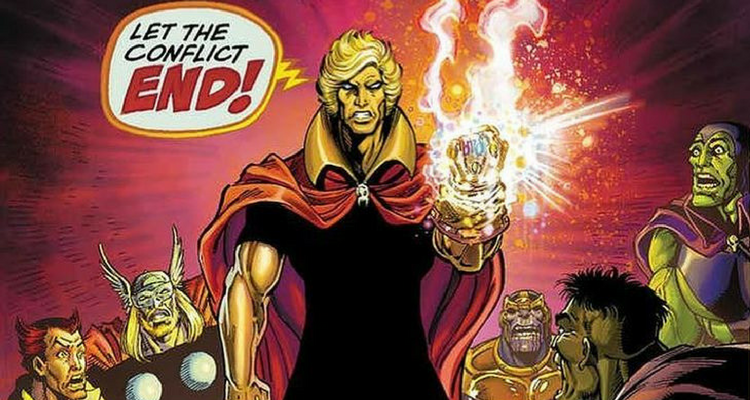 Hello everyone how’s it going, Today we are gonna talk about Guardians of the Galaxy Vol 3 ( GOTG Vol 3 ). Will Adam Warlock appear in GOTG Vol 3?

There has been a lot of news and leaks about this movie even though it is not coming until 2022. It’s getting really excited to hear about what we can expect in the movie.

However, we still don’t know if this movie is in Phase 4 or Phase 5. But it’s confirmed that GOTG 3 is happening. Here’s Everything you need to know about Marvel Phase 4.

Will Adam Warlock appear in GOTG 3 ….?

As per the leaks and reports suggest the latest news that we are getting is that the High evolutionary is actually going to be the main villain.

Due to which a lot of people got confused as they thought that Adam Warlock will be the main villain of GOTG Vol 3.

As a result of this confusion, some people are also saying that Adam Warlock might not even appear in the movie itself. But let’s break down if that’s true or not.

In the post-credit scene of GOTG 2 they showed us the cocoon of Adam Warlock teasing they he will be the Villain of GOTG 3. Ayesha said that she made Adam Warlock to destroy Guardians of the galaxy.

As we all know that James Gunn had the contract to direct GOTG Vol 1, GOTG Vol 2 and GOTG Vol 3. So this was James’s plan he was setting up Adam Warlock to appear in GOTG Vol 3.

But later he got fired by Disney and then again got rehired. So leaks are going in that High evolutionary might be the main villain of GOTG Vol 3.

This leak comes from a very credible source Roger Wardell. We have already talked about him in our previous post about how Sony desperately wants Venom in MCU. Here is what he tweeted :

Rocket’s creator is the High Evolutionary, Drax is in for a big surprise when he discovers his daughter is alive. Rocket also gets a love interest in the form of Lylla. Nebula and Star Lord will grow into closer friends.

Who will be the main Villain ….?

Here’s what I think, Adam Warlock will still appear in GOTG Vol 3. But initially, as a villain and will fight against Guardians most likely Thor. Later as the movie will proceed he will no longer be the main villain.

Warlock might be teased as a villain in the post-credit scene but actually he is not a villain. In fact, he is a Hero. The reason why we think he will still appear in GOTG Vol 3 because GOTG Vol 3 so had the same script as before when James got fired.

Now in an interview, he already confirmed that he will still go with the same script he had before. James also has the plan to end the story arc of Rocket raccoon.

So we come to the conclusion that the script is still the same which means the introduction of Adam Warlock is still there. Even if High Evolutionary is the main villain that doesn’t mean Warlock will not appear in the movie.

Maybe Warlock might even team up with Guardians and fight against High Evolutionary. So all fans or there don’t worry about it Warlock will still appear in GOTG Vol 3.

I hope you liked this latest leak about GOTG Vol 3. Don’t forget to share this with your friends and let me know your thought about this in the comments down below.