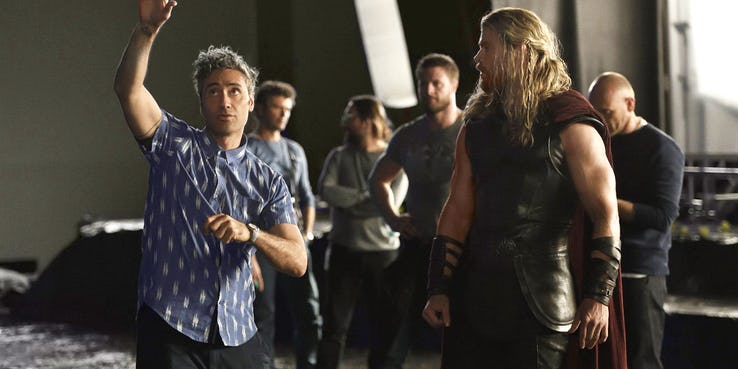 We have a good news for Marvel fans for the upcoming MCU Phase 4 movies. We are getting another Thor movie. Yes, it’s true and officially confirmed. We were given a pleasant little surprise today, just before Comic-Con. As it was leaked that Thor: Ragnarok director Taika Waititi is officially signed on to direct Thor 4. Naturally, the news of Waititi’s return provoked a big reaction from Marvel fans. As a result, they’ve taken to social media to share them.

Marvel Studios moves forward with Thor 4, setting Thor: Ragnarok director Taika Waititi to return and helm the fourth outing for Chris Hemsworth’s Thor. After two middling outings for the God of Thunder in Kenneth. Branagh’s Thor and Alan Taylor’s Thor: The Dark World. Waititi took over the reins for Ragnarok and delivered the most well-received installment in Thor’s solo series. However, since both Iron Man and Captain America only received trilogies. It was unclear whether Thor’s adventures would continue in further solo movies or other team-ups.

In the Marvel Cinematic Universe, Thor was last seen in Avengers: Endgame. Helping his fellow original members of Earth’s Mightiest Heroes defeat Thanos once and for all. The film ended with Thor and the Guardians of the Galaxy setting off on a quest to find Gamora. Indicating Hemsworth’s character may appear in James Gunn’s Guardians of the Galaxy Vol. 3 – though that’s still unclear, like much of Marvel’s upcoming slate. With the release of Spider-Man: Far From Home. Marvel Studios has officially closed the book on Phase 3 of the MCU. As of now, Marvel’s Phase 4 is largely a black slate, but it’s expected the studio will make a number of announcements soon. Particularly at the Marvel Studios panel during San Diego Comic-Con this weekend. However, it seems some major news has arrived before the big event.

Now, THR is reporting Marvel Studios has recruited Waititi to officially return for Thor 4. Which is moving forward as part of the MCU’s next phase. Waititi will also write the movie. Previously Eric Pearson, Craig Kyle and Christopher L. Yost, wrote Ragnarok. Waititi’s other project, a live-action adaptation of Akira set at Warner Bros., is delayed indefinitely.

It makes sense for Marvel Studios to have Waititi return for Thor 4 considering the success of Thor: Ragnarok. The studio is known to bring back directors that work well within their shared universe model. That same model has caused certain high profile departures. Like Patty Jenkins from The Dark World as well as, most infamously, Edgar Wright from Ant-Man. Considering the specific way Marvel has of producing movies and maintaining the MCU continuity. It’s understandable they’d want to continue working with directors that are a match. Plus, it’s arguable that Waititi’s version of Thor as introduced in Ragnarok has made the character even more popular. Hence it’s a no-brainer to bring the director back for Thor 4.

We currently doesn’t have any information about its Release date. Also we don’t know about when will Thor 4 will take Place in MCU timeline. We’ve been able to cobble together a rough estimate of Marvel’s Phase 4 slate. This is purely based on where upcoming films are in their production processes. As such, Thor 4 may be ready to hit theaters by 2021, or 2022 at the latest. Unless Marvel prioritizes other movies first – which is a possibility. It’s also unclear whether Thor 4 would take place before or after Guardians 3. Depending on how soon after the events of Endgame that movie picks up.

Too much about Marvel Studios’ upcoming slate is still a mystery. To get any real information about Thor 4 release date.We have to wait for sometime. However, with Marvel Studios set for a 90-minute panel at SDCC this weekend. As a results, we might be getting plenty of announcements and confirmations. May be even related to Thor 4.