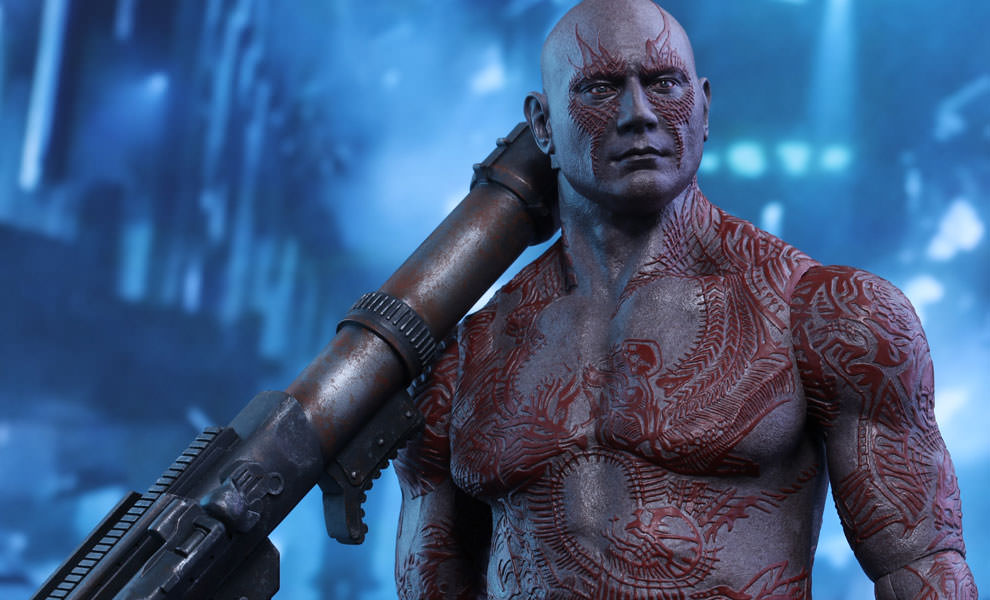 Dave Bautista is serious about a Drax solo movie so much that he’d do anything to get it made. That includes giving up the role to a bigger star.

The Guardians of the Galaxy actor responded to a fan on Twitter who mourned the lack of a Drax and Hulk team-up or a proper Drax vs. Thanos moment in Avengers: Endgame.

Bautista clearly said that there is so much to explore with the Drax. He said that he does deserve a solo movie. And it doesn’t even have to be him playing the lead role.

#Drax is funny as hell! Hes also The Destroyer which is terrifying as hell. His wife and daughter were murdered! He mourns them and craves revenge!! NO! No movie there at all. I literally would step out of this f*ing role to see that movie! Which most likely would get it made. https://t.co/dXUdkLObm6

However Later, Bautista went on to clarify that he’s not planning on handing over the role of Drax to anyone else. It’s just that he believes Marvel would “make the movie with someone else.”

This means that he is so keen to see a film based on Drax. That he’d be “happy to step aside” if it came to it. He even joked that “a white guy named Chris” would probably be his replacement.

No I wasn’t planning on trying to step out of the role. Im just saying if it was a case where“someone”didn’t want to invest in me but wanted to make the movie with someone else,I’d be happy to step aside. Safe bet that someone else would be a white guy named Chris? #justsayin ??‍♂️ https://t.co/28tHB8nRVQ

However, This might not be possible yet cause there are so many projects Marvel has for Phase 4. But maybe in the future, we might see this happening. Or we might see a Disney+ series of ‘Drax The Destroyer’.

There’s currently not anything on the slate that spins off from the Guardians corner of the MCU, so a Drax series could fill that void perfectly. It’d also be a great opportunity to let Bautista stretch his dramatic muscles.

The character’s become increasingly comical over the movies, which the actor is great at, but there’s a lot of tragedy and darkness in him as well. Bautista seems keen to explore that and I’m sure the fans would be interested, too.

In any case, we’ll next see the Destroyer in Guardians of the Galaxy Vol. 3 whenever that finally gets here. But would you like to get a Drax movie or some kind of solo project after that? Have your say in the comments section down below.