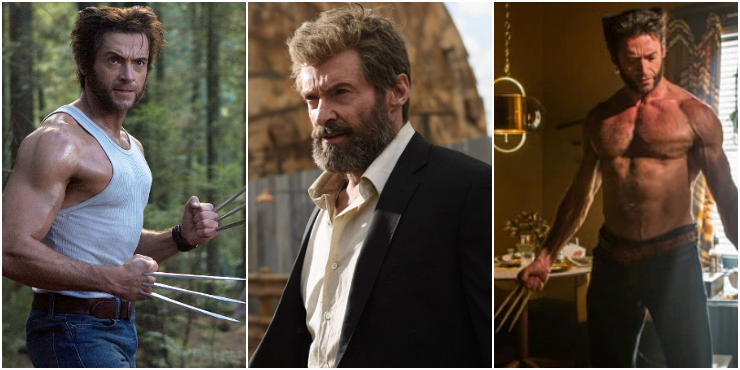 Hello everyone, I am back again with another Marvel/MCU Quotes series. And Today I’m gonna share some of the best quotes from Wolverine. He has become a fan favorite thanks to Fox’s X-Men movies.

Also, thanks to larger than life portrayal of Logan by none other than Hugh Jackman who played the role for 17 years in 9 movies. He perfectly captured the character of James Howlett.

Wolverine is known for his brooding nature and is willing to use deadly force i.e., his adamantium claws for the code he believes in.

No wonder he is among one of the most popular anti-heroes not just from Marvel comics but from every medium. So without any further delay let’s get started:

Find out: Who is stronger: Wolverine or Deadpool?

First things first, Let’s start with the Original X-Men Trilogy and check out the best Quotes from James Howlett. This original Trilogy includes X-Men, X2: X-Men United, and X-Men: The Last Stand. So without wasting time let’s get started:

1. Rogue: (talking about his claws) When they come out… does it hurt?
Wolverine: Every time

5. “There’s not many people that’ll understand what you’re going through. But I think this guy, Xavier, is one of them. He seems to genuinely want to help you. And that’s a rare thing, for people like us. So… what do you say, we give these geeks one more shot?” — Wolverine

6. Magneto: Why do none of you understand what I’m trying to do? Those people down there- they control our fate and the fate of every other mutant! Well, soon our fate will be theirs.
Wolverine: You’re so full of sh*t! If you’re really so righteous, it’d be you in that thing.

7. Wolverine: You going to tell me to stay away from your girl?
Cyclops: If I had to do that, she wouldn’t be my girl.
Wolverine: Well, then I guess you’ve got nothing to worry about, do ya, Cyclops?
Cyclops: It must burn you up that a boy like me saved your life, huh? Gotta be careful. I might not be there next time. Oh, and Logan – stay away from my girl.

8. Storm: Help us! Fight with us!
Logan: Fight with you! Join the team? Be an X-Man? Who the hell do you think you are? You’re a mutant. The whole world out there is full of people who hate and fear you and you’re wasting your time trying to protect them? I’ve got better things to do!

11. Wolverine: I need you to read my mind again.
Professor X: Logan, the mind isn’t just a box that can be unlocked and opened, it’s a beehive with many…
Wolverine: Spare me the lecture.

15. “This isn’t training anymore, guys. This is the real deal… You may never come back.” — Wolverine

16. Logan: You’re talkin’ about a person’s mind here, about Jean.
Prof. Charles Xavier: She has to be controlled.
Logan: Control? You know, sometimes when you cage the beast, the beast gets angry.

17. “Yeah. We’re outnumbered. I’m not gonna lie to you. But we lost Scott. We lost the Professor. If we don’t fight now, everything they stood for will die with them. I’m not gonna let that happen. Are you? Then we stand together… X-Men, all of us.” — Wolverine

Top Quotes of Logan from his Solo Movies

Now let’s head over to James Howlett’s quotes from his standalone solo trilogy which includes X-Men Origins: Wolverine, The Wolverine, and Logan.

20. “I come with you, I’m coming for blood. No law, no code of conduct. You point me in the right direction, you get the hell out of my way.” — Logan

22. Logan: Wade is that you? Guess Stryker finally figured out how to shut you up, huh? Wade, you don’t have to do this… all right, maybe you do.

23. Remy LeBeau: When you said you were going to kill him, I thought you were exaggerating. Logan: Do I look like a man who exaggerates?

24. Logan: (from the trailer) I’m the best there is at what I do, and what I do best isn’t very nice. I’m the Wolverine.

Although this quote isn’t in the movie, it’s worth mentioning as it’s Wolverine’s catchphrase which debuted in a four-part eponymous limited series from Sept to Dec 1982 by Artist Frank Miller who collaborated with Claremont to revise the character.

26. Wolverine: I thought you were the Moon and I was your Wolverine. Turns out you’re the Trickster, and I’m just the fool who got played.

27. (from the trailer) “In my whole life, I felt like an animal. I ignored my instincts, and I ignored what I really am. And that won’t ever happen again.” — Wolverine

28. Shingen: What kind of monster are you?
Logan: The Wolverine!

29. “Your grandfather called me a ronin, a samurai without a master. He said I was destined to live forever, with no reason to live.” — Logan

30. James Howlett: A lot of people have tried to kill me, and I’m still here.

31. “Nature made me a freak. Man made me a weapon. And God made it last too long.” — Wolverine
This is my favorite.

32. Logan: Statue of Liberty was a long time ago, Charles. A long time. There are no new mutants, you understand? Hasn’t been a new one born in 25 years. Not anywhere. I always thought we were part of God’s plan. Maybe… Maybe we were God’s mistake.

33. Donald Pierce: Jesus, Wolverine, seeing you like this just breaks my damn heart.
Logan: As soon as I rip it out of your chest, fuck-stick.

36. Logan: Take your friends and run… They’ll keep coming, and coming… You don’t have to fight anymore. Go… Don’t be what they made you. Laura.
Laura: Daddy.
Logan: So… this is what it feels like.

Checkout: Fight between Hulk vs Wolverine

Actually, it’s technically 4 films as Dark Phoenix would also be in this list. But since Wolverine doesn’t appear in that I’m gonna refer to this as a Trilogy.

Also, he only appears for a brief scene in X-Men: Apocalypse and X-Men: First Class. Hence, Quotes from Logan are only going to be from X-Men: Days of Future Past. So without any further delay, let’s get started:

43. Wolverine: In the beginning, the Sentinels were just targeting mutants. Then they began to identify the genetics in non-mutants who’d eventually have mutant children or grandchildren, and they started targeting everyone. Many of the humans tried to help us, it was a slaughter… leaving only the worst of humanity in charge. I’ve been in a lot of wars, I’ve never seen anything like this. And it all starts with her.

44. Logan: Whatever happens from now, promise me one thing. Storm, Scott, Jean… you’ll lookout for these names and protect them.
Charles Xavier: I’ll do my best, Logan.

46. Hank McCoy: I probably shouldn’t be asking this sort of thing… but in the future, do I make it?
Logan: No. But we can change that, right?

47. “You’re right. I am… Actually, it was supposed to be you. But I was the only one who could physically make the trip. And, uh, I don’t know how long I’ve got here… But I do know, that a long time ago – actually a long time from now – I was your most helpless student, and you unlocked my mind. YOU showed me what I was, you showed me who I could be. I don’t know how to do that for you; you’re right, I don’t… but I know someone who might. Look into my mind.” — Wolverine

Must see: Why Deadpool hates Wolverine?

So guys that’s it for this article, where we talked about some of the best quotes of Logan aka the Wolverine from his X-Men journey. Hope you guys liked it. Don’t forget to tell us about your most favorite quote from him in the comment section down below.