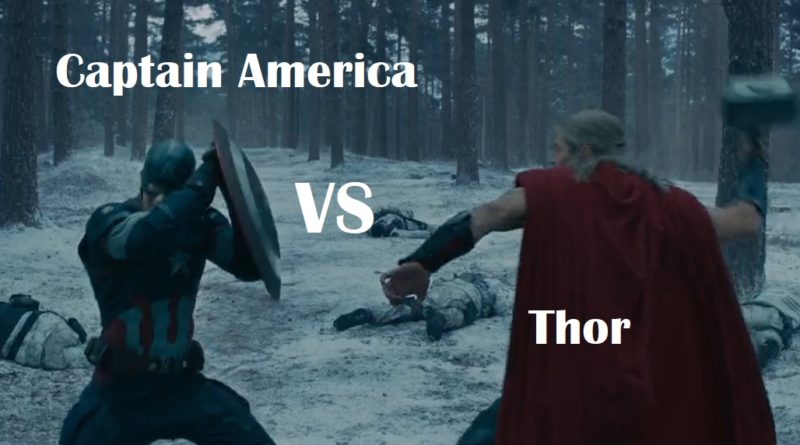 Hello, everyone, I am back again with another article on Marvel Battles series, where we discuss fights in the Marvel Universe. This time we’re gonna see who would win in a fight between Captain America and Thor?

For a lot of people, this is an obvious and absolute answer. But only a Sith deals in absolutes. So we’re gonna discuss in detail and will do an in-depth comparison in this article. But first, let’s start with a short answer:

In a fight between Thor and Captain America, Thor wins this easily. While Captain America represents the pinnacle of human physical perfection. And he is as strong as a human being can ever be. But it’s still not enough to beat a literal God of Thunder.

Thor just has better stats and hence he wins this fight 10 out of 10. This is a fight between a peak strength super soldier and a god. Thor is physically stronger and has better stats. And Hence it is safe to say that there is no outcome of this battle where Captain America comes on top.

However, As I said earlier we’ll discuss this fight in detail. And especially after Endgame, as now we know that Captain America is also worthy in the MCU like in the comics. So now he also has the powers of Thor while wielding the Mjolnir.

Hence, this make the fight even more interesting. As we’ll also compare how Captain stand in front of Thor when he has the God’s weapon, Mjolnir.

First, let’s have a look at stats for both these characters. These scores are given out of 7. Scores are based on the following benchmark:

It’s clear from the stats that Thor dominates this fight when it comes to physical strength and endurance. And these stats are official stats from Marvel, so I’m not being biased here.

Now let’s compare them both briefly based on the benchmark discussed in the stats table above. And see who beats who in the bigger battle:

The ability to withstand pressure, wear, or damage is called durability. So, let’s compare two of our heroes on the basis of this parameter:

Captain America gets some pretty solid points on durability. Remember when he stopped the Mad Titan Thanos’ hand.

He even held it for a few secs before Thanos decided that it’s enough and killed him by punching from his other hand. Yes, Captain died there but as Thanos reversed the time with the Timestone he was back to life.

While Captain America is a human enhanced to his peak strength and durability, it’s still not enough to beat the might of God of Thunder. As we all know how Thor took the full force of a neutron star.

So, it’s safe to say that Thor wins this round easily. And is a mile ahead from Captain America’s stats.

Related: Who is the strongest avengers: Thor or Captain Marvel?

So in his case, it’s the shield, How he throws it and uses that momentum against his enemies can be considered as Energy projection.

While Captain has used his shield in a lot of creative ways but still there’s not much you can do with a vibranium shield. Especially when you compare it with Thor’s lighting power.

Speaking of which how can one forget this epic scene from Thor: Ragnarok. He absolutely tormented his enemies. Or what about his Wakanda entry from Avengers: Infinity War? His lighting powers are just way too OP.

It’s clear that there is no comparison of Thor and Captain America based on Energy Projection and hence Thor wins this round easily.

This is where our beloved Captain America takes the lead. Fighting here refers more to the fighting style and less to the strength used in fighting.

No doubt Captain America deserves winning this round. As we’ve seen a lot of his hand-to-hand combats and he always has an edge over his opponents.

He was even able to beat MCU’s genius, billionaire, playboy, and philanthropist aka Tony Stark. But then Tony’s A.I. just recorded and analyzed Captain’s style and it was over in just a few secs.

Captain America must have been like: “Years of academy training wasted.“

Moving onto Thor, he mostly uses his strength in fighting style. As Captain uses his shield in creative ways, Thor also uses Mjolnir in the same way. He summons his hammer and then uses the momentum to give a big blow to his opponents.

While one can argue that still thor would defeat Captain America ina pure hand-to-hand combat and I agree with that. But the point is about fighting technique and not solely the strength and hence Captain comes on top.

This one’s pretty obvious when you’re looking for a tactician on your team. Thor is no the one you would put the bet on. And no choice is better than Captain America.

And to be honest Captain America deserves more points than just 3, I think this is unfair. I know he is still not as intelligent as the likes of Tony Stark, Reed Richard, or Hank Pym. But you also gotta look to the strategic side of intellect.

We’ve seen Captain America running a lot of time, he is faster than any human being and how can we forget his “On your left” dialogue. He pissed Sam a lot that day.

But what actually can be considered his biggest feat in speed is the battle of Wakanda, where he outclassed T’Challa aka Black Panther even when he was wearing his vibranium suit.

While Captain America is no doubt faster than most humans. He doesn’t stand a chance against Thor, who can travel close to the speed of sound using his weapon Mjolnir or Stormbreaker.

So, it’s not even fair to compare these based on speed. Thor is a mile ahead from Captain America in this round.

Well, this one’s kinda obvious, as Thor gets full 7 out of 7 points in this round. Captain America doesn’t even stand a chance in this round against the Mighty Thor.

But as I said earlier, Captain America is also worthy in the MCU. So a lot of people might be wondering can he now defeat the God of Thunder?

While it’s true that he now has the powers of Thor and can even summon lighting and can wield both Stormbreak and Mjolnir. He now has access to all the powers of both the weapon.

You can read more about what are the powers of both the weapons in this in-depth article about the comparison between Mjolnir and Stormbreaker. But even though he has the power of Thor, it doesn’t mean he can defeat Thor.

Although this battle will be interesting and sure a close one. But I still think Thor can defeat Captain America. As he doesn’t even need his weapon to summon lighting.

Remember as Odin said his hammer was made to focus and control his power. And his powers are not because of his hammer. He is not the God of Hammer. Hence I am damn sure Thor can still defeat Captain even when he is bro/fat Thor.

So, guys, this was a complete analysis and in-depth comparison about a fight between Captain America and Thor. In which I think Thor comes out on top any day.

But again it also depends on the writer and need of the hour or plot. I would like to quote what Thaddeus Howze (a quoran) wrote:

A good writer can create a circumstance where any hero can defeat any other hero, no matter how mismatched the two of them might be. A great writer can make you believe it could happen. A brilliant one makes you root for the underdog and feel sorry for the guy who came into the fight thinking it was going to be an easy win.

So, yes, at last, it all depends on what the writer wants to conclude and what’s the story he wants to tell. But it’s safe to say Thor is more powerful. Anyways let me know what are your thoughts on this in the comment section below. 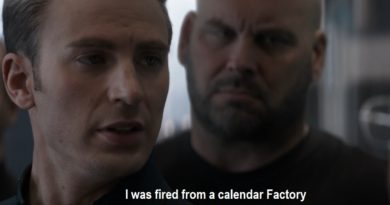 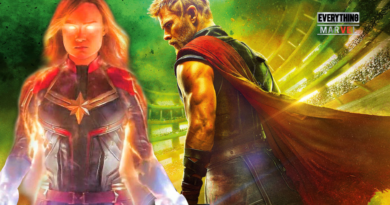 Captain Marvel vs Thor: Who is strongest in the Comics and MCU?