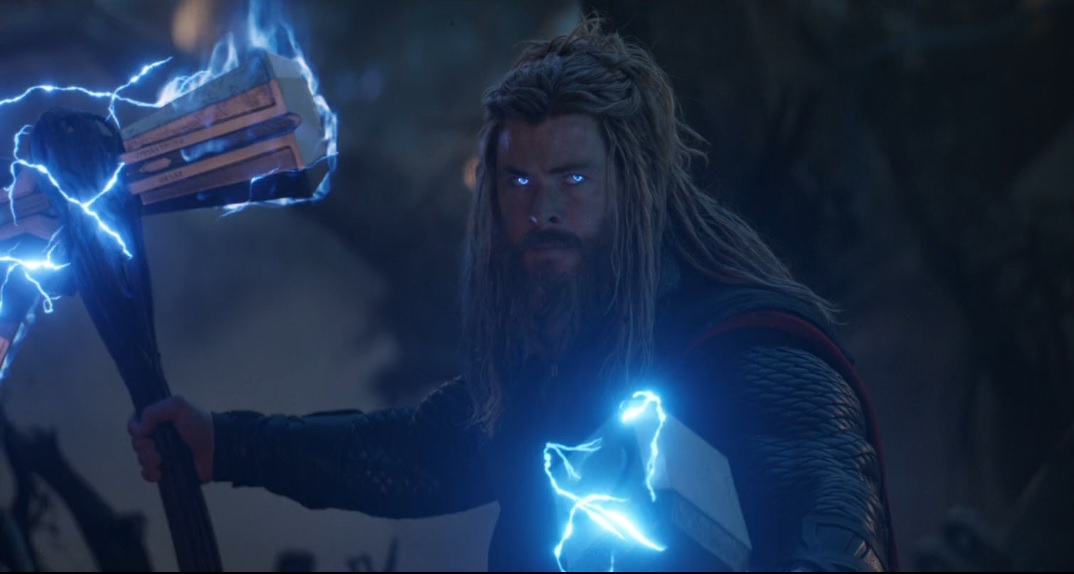 We all remember that heartbreaking and shocking moment when Hela, the Goddess of death destroyed Mjolnir. She just broke it into pieces like it was nothing.

But fortunately, Thor got his another weapon i.e., Stormbreaker in ‘Avengers: Infinity War‘. Since then it’s been a topic of debate among fans about which weapon is more powerful. Mjolnir or Stormbreaker?

So, I am here today with a full analysis of this topic. I will basically share the differences and similarities between both of them. Also, we’ll discuss both the Comic version and the MCU version.

Because obviously the MCU is always a bit different. So let’s start with a short and precise answer based on comics. Because comic version one doesn’t need a big explanation.

In Comics, Stormbreaker is exactly a replica of Mjolnir. Like Mjolnir, It is also made up of the Uru Metal. The only difference is that Mjolnir is a hammer while Stormbreaker is an axe. Also, note that the Stormbreaker is not Thor’s weapon, it was made for Beta Ray Bill.

So considering comics facts, it’s pretty clear that both the weapons are exactly the same. They are made from the same metal that is, of course, the Uru metal making them virtually indestructible.

And no weapon should be considered superior or inferior over the other. But let’s go and do an in-depth comparison for both the weapons.

While Mjolnir’s Origin is not shown in the Movies, it’s pretty much the same as in the comics.

It was made by the Dwarves as per the order from Odin. Mjolnir was forged from the Uru metal from the heart of a dying star in Nidavellir.

In the MCU, it was later revealed that Originally, Hela was the wielder of Mjolnir and helped Odin conquer the Nine realms before he locked her up in the Hel.

We were lucky enough to see the full origin of Stormbreaker in the MCU. Thor desperately needed a weapon to fight Thanos in the ‘Infinity War’.

So he went to Nidavellir with Rocket Raccoon and Eitri helped him to get his new weapon i.e., Stormbreaker.

Like Mjolnir, It is also forged from Uru metal with the help of heat from the heart of a dying star.

While both the Weapon are capable of summoning lightning. Hence channeling Thor’s lightning power but there is a little catch to it. We’ll discuss about this catch in the next section i.e., Enchantment.

Lighting can also be used used to create Energy Blasts. So both of the weapons are capable of producing Energy blasts.

Mjolnir was enchanted with Odin’s powerful spell. Only who were worthy could posses the Mjolnir. As enchanted by Odin:

“Whosoever holds this Hammer, If he be worthy, shall possess the power of… THOR“

This gives thor a lot of additional benefits that Stormbreaker lacks. Like this one:

On the other hand, Stormbreaker doesn’t have any enchantment. So anyone who is powerful enough can wield the Stormbreaker. This enchantment is pretty important for this comparison you will know that in the upcoming section.

We’ve seen Thor summoning Mjolnir even when it’s miles away from him. And the same goes for the Stormbreaker as well. So he can summon both of them from a far distance.

Though the catch here I think is that Stormbreaker can only be summoned by those who are worthy of wielding Mjolnir otherwise every person who is powerful enough for Stormbreaker could summon it.

So it’s fair to say that only those who are worthy of Mjolnir can call for Stormbreaker.

As evidence, Captain America was seen summoning Stormbreaker mistakenly after he was proven worthy of wielded Mjolnir.

Both Mjolnir and Stormbreaker gives Thor the ability to fly. While Mjolnir requires the user to spin it at high-speed.

Stormbreaker does the work effortlessly. This one was clearly shown in Infinity War, where Thor just has to point the axe in the direction he wants to fly.

Mjolnir has the power to heal people and even return them from death. As seen in the first ‘Thor’ movie, Thor was nearly killed by the Destroyer but he came back to life as he summoned Mjolnir.

But this power may be limited to those who are worthy of wielding the Mjolnir. A similar incident was also seen in ‘Avengers: Infinity War‘ where Thor nearly died as he directly took all the energy from the heart of dying star.

But as Eitri quoted “He needs the axe!“. Hence as soon as Thor summoned Stormbreaker he came back to life.

Well, this one’s the case of weight of both the weapons. What is the weight of Mjolnir and Stormbreaker?

Approx weight of Mjolnir is 42.3lbs. While Stormbreaker is a bit larger and seems to be heavy. So let’s say it is 50lbs.

But here we’re talking about Density Manipulation means the weapon can have variable weight.

A simple example is the one who’s worthy of Mjolnir can swing it at high-speed effortlessly, while for the average person it will feel like a mountain.

Mjolnir also gives its wielder enhanced physical ability, such as strength and durability. As we saw in the case of Steve Rogers, how he went on to do 1v1 against the Mad Titan and nearly overpowered him.

However, there is no evidence of whether Stormbreaker can also enhance its wielder’s physical strength.

On the other hand, As explained by Eitri, Stormbreaker gives the ability to the wielder to summon Bifrost which gives one ability to travel to the nine realms within seconds.

Many fans were also debating over Thor’s direct entry to the Wakanda overcoming their powerful shield protection. Here is the answer:

As Thor could travel to nine realms via Bifrost. And Wakanda is on Earth i.e., Midgard is one of the Nine Realms. So that’s how Thor was capable of directly summoning his Bifrost via Stormbreaker overcoming Wakandan Shield.

Mjolnir can conjure armor onto its user. It can change one’s combat attire into more of a casual look. We’ve seen Thor doing this multiple times.

In ‘Thor: Ragnarok‘, We saw that hammer can even disguise itself into some other object as in this movie it was a normal looking Umbrella.

However, there is no prominent evidence of Thor doing this with the Stormbreaker, maybe we’ll see that in the future.

10. Ability to Cut Through

Now, this is where Stormbreaker has edge over Mjolnir. As Mjolnir being a hammer is blunt and can knock enemies back even the Mightiest one.

While Stormbreaker being an axe is more deadly and potent as a melee weapon. Because it can actually cut through pretty much everything.

It even cut through full energy blast of Infinity Gauntlet but as they say, Thanos was caught off-guard at that time. But still, it’s is a pretty powerful advantage over Mjolnir.

After this in-depth comparison, My opinion on this battle is both the weapons are nearly the same.

However, both of them have edge over the other under certain circumstances. But if we take a pure combat scenario Stormbreaker definitely comes on top as it can actually cut through the enemies making it a deadly weapon.

Nonetheless, both are God’s weapons and extremely strong and powerful. Anyways let me know what do you guys think about this in the comment section below.