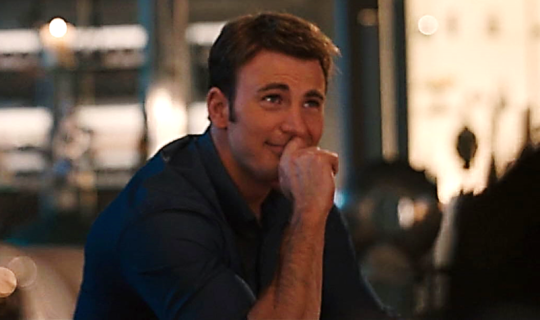 Well, we all were glad as we saw that Steve Rogers aka Captain America Stayed in the past. And finally lived the life he deserved with Peggy. Today, we are here to share a meme series called ‘Steve Rogers going through History‘.

So first we’ll share a brief history of the origin of the meme. And how it came into play and went viral.

It’s only for those who want to increase their meme knowledge and flex among friends. Others can skip directly to the memes.

We all know that Steve Rogers went into the Past and lived his life with his loved one Peggy Carter.

So these memes parody the fact that since Steve went back in time, he knows what happens in the future. Hence when Peggy tells him about any events he doesn’t bother to change anything and just smirks.

Or sometimes he will use that information for his personal gains, you will also get some examples for that in upcoming memes.

If you wanna show your creativity here is a template for this meme. Actually, this doesn’t have any fixed temple.

You can use any other image where steve is shocked or smiling based on the event Peggy tells him about.

Without wasting time, let’s start with the list of hilariously funny memes from this popular meme trend. Just save them to your collection and show them off to your friends.

1. Why did you invest in Apple?

Jessica Grace posted this meme to the Marvel Shieldposting group on May 18. This is what I was talking about. Steve will use his knowledge for personal gains.

This post gained over 10,000 reacts in one week. This was also reposted on 9GAG and r/thanosdidnothingwrong subreddit and gained over 37,400 upvotes in 5 days.

Reddit user DandWeek posted this meme on the r/dankmemes subreddit and gained over 21,500 upvotes.

3. Bill Cosby is so funny

This is a meme to address the fact that Bill Cosby had Sexual assault charges. Reddit user InterracialMemeJob posted this meme on the r/dankmemes subreddit and gained over 63,800 upvotes.

4. Thank god you Invested in Apple

Well, Peggy would be glad that Steve invested in Google, Apple, and Microsoft.

Related: Funniest Captain America’s “No’ I don’t think I will” memes.

5. Vietnam is going to be easy

Perhaps that’s what everyone thought. But the Vietnam war lasted 19 years, 180 days to be precise.

Related: Memes from Falcon’s he’s out of line but he’s right

This meme is to address the fact that a three-year-old boy climbed into a gorilla enclosure at the Cincinnati Zoo. Fearing for the boy’s life, a zoo worker shot and killed that Gorilla named Harambe.

No, Not that building.

9. Luke and Leia are good together

Probably, every one of us thought the same. But George Lucas had other plans.

10. Howard Stark’s son had been Kidnapped

Don’t worry, nothing’s gonna happen to him, he is Iron Man.