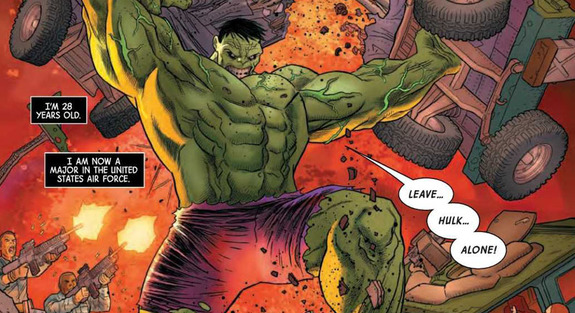 Immortal HULK is rumoured to Debut in the MCU. As we have Previously reported that Marvel Studios and Kevin Feige are developing a Wolverine vs HULK movie. We all know that Hulk’s future in the Marvel Cinematic Universe is pretty unclear right now.

After the events of Avengers: Endgame, fans have struggled to figure out a clear path forward for the Green Goliath. As his arc seemed to have come full circle by the time the credits had rolled.

Still, despite that, we all know that Mark Ruffalo isn’t finished with the franchise just yet. In fact, we imagine that Bruce Banner and his angry alter-ego will have some sort of role to play in the upcoming Disney Plus series She-Hulk.

Especially since Ruffalo took to social media recently to welcome his fellow Gamma-powered hero into the franchise. But what about his next big screen adventure? Where and when can we expect to see the Hulk next in terms of MCU movies?

Related: Who is stronger: Hulk or Wolverine? Find out in this in-depth article.

Well, earlier this week, we caught wind of rumors which pointed to Marvel planning a Wolverine vs. Hulk movie. And while that indeed remains very much a rumor for now, some new information has surfaced which sheds a bit more light on what might be coming our way.

Now new details about the Wolverine vs Hulk movie come from Mikey Stutton who filled in TVO the following information on the Lords of the Long Box YouTube channel.

According to Cosmic Book News, the film will see Hulk being sent to Canada to retrieve Weapon X (Wolverine). When he gets there, though, he runs into Alpha Flight, who are also looking for Logan.

Furthermore, it’s said that the movie will draw from the beloved Immortal Hulk comics, which present a much darker and more mature take on the hero that’s got a heavy horror slant to it as well.

As mentioned above, though, there’s been no official word on this project actually happening just yet, but we still wouldn’t rule it out. After all, Wolverine vs. Hulk is probably the most epic showdown in Marvel Comics history. Having been retold numerous times already.

This film could also be an interesting way to introduce Wolverine that’d be unique and different from what we’ve already seen.But perhaps most importantly, a Wolverine vs. Hulk movie would give Marvel the perfect reason to ditch the Professor Hulk persona.

Which we already know not many fans liked in Avengers: Endgame. So guys what do you think about this news. Please let me know in the comment section below.