Chris Evans’ character Captain America has given us a lot of memes in his entire MCU journey. The first widespread memes featuring Captain America were from AoU where Captain tells Tony stark to mind his Language as he said curse words.

And I will also share the meme template for all those memesters out their others can directly skip to the list.

Steve Rogers aka Captain America first said “Language” in Avenger: Age of Ultron to Tony when he said “Sh*t!”.

It’s also worth noting that he said Language in this movie only. However, members continued it till the end of the line. Even after the end of Captain America’s arc, it’s still being used.

The reason why this meme is used is that the Captain is from the 1940s. And at that time swear words were not used in public by respectable folk. Especially when women were present.

As Captain is from the 1940s he’s having difficulties adjusting to the present time. And In fact, Tony spent the rest of the movie teasing Cap about it.

There is no fixed template for this meme trend, you can add language text to any pic even if it doesn’t have Captain America.

But here’s the screenshot of Captain saying Language for the first time. So you can use this pic as a template.

So guys, without wasting time let’s move forward, here are the top Hilariously funny memes from this popular Language quote from Captain America. Just save them to your collection and show them to your friends.

1. Captain America is a Language Police

Guys beware never swear before watching your back because Captain America can come from anywhere saying “On you left” along with language obviously.

2. How can we watch language

I know this might be lame to some people. But wait that’s what humor of Drax is like. And think about this meme in that way and you’ll find it funnier.

Related: Top memes from no, I don’t think I will quotes

Deadpool doesn’t give a single f whatever the f Captain Language says. As always he’s being savage.

Ant-Man respect captain. So he changed his statement.

After watching this meme all the Knives Out fan must be like “I understood that reference.” Chris Evans cursed a lot saying “Eat Sh*t” to his family members in Knives out. So the captain had to interfere there.

7. Oh you gotta be sh*tting me

Imagine 2012 Captain saying Language at that scene. Man, it would have been lit. I would say Marvel just lost a golden opportunity.

8. Cap you gotta be sh*itting me

Tony Stark had enough shi*t of Captain being Language police.

Captain be like: Let’s go get this son of a bit*h…oops.

Cap, you kiss your mother with that mouth.

No better way to end this list. Captain America broke his own code in the same movie.

Anyways these were the top 10 memes on this trend. Please let me know what’s your favorite meme from this format in the comment section below. 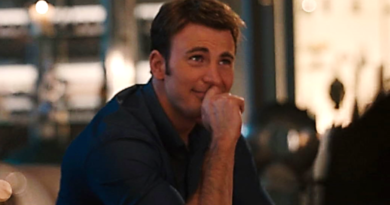 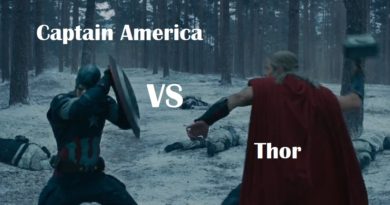