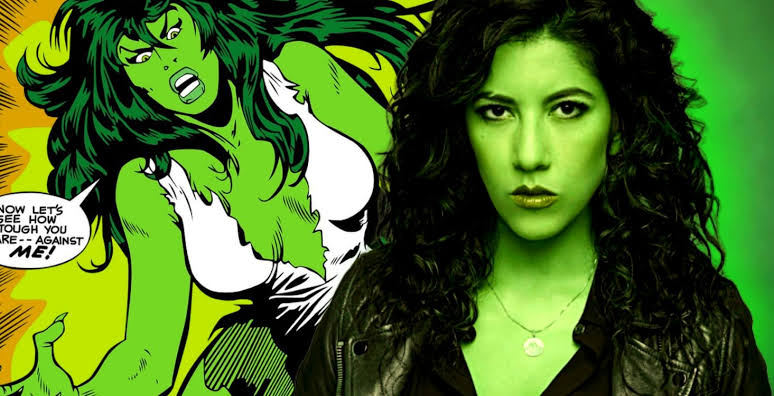 Today, we have exciting news for all the MCU fans. She-Hulk is rumored to appear in WandaVision. It’s been reported that She-Hulk is going to debut in MCU in the upcoming Disney Plus WandaVision series.

She-Hulk, aka Jennifer Walters the cousin of Bruce Banner. She is a Lawyer by profession. It’s being rumored that she will have a small role in WandaVision. She-Hulk is known to break the fourth wall (talking directly to the audience/reader) in comics and hopefully, it will be the same in the Movies.

In fact, She-Hulk broke the third wall prior to Deadpool. It will be interesting to see her breaking the fourth wall in the MCU.

Additionally, we previously had rumors have that Jennifer Walters may be the lawyer for Peter Parker in Spider-Man 3. As we all know at the end of FFH we see that the identity of Peter Parker has been revealed.

Consequently, he is being accused of murdering Mysterio. So he is going to need a lawyer to represent him, which sees Walters answer the call. Previously it was also reported that Charlie Cox‘s Matt Murdock aka Daredevil will appear in Spiderman 3 as the Lawyer of Peter Parker. But we’ll have to wait and see how it unfolds.

Also, Kevin Feige has confirmed the Disney Plus series directly connects to the MCU. So now fans need to watch them to Stay up-to-date to the MCU.

Now If She-Hulk is actually going to appear in WandaVisoin. The casting needs to be made very soon. Rosario Dawson, Ronda Rousey, and Stephanie Beatriz all being floated as possibilities to play She-Hulk.

Earlier, We also got the news that WandaVision has recently been moved up to 2020. It is said that following the death of Vision, Scarlet Witch is going to create her own pocket universe. We have discussed briefly what we can expect from WandaVision Plot. You can check it out.

It’s already revealed that WandaVision, as well as the Tom Hiddleston Loki series, connects to Doctor Strange 2, so obviously this all has to do with the multiverse.

That’s all for this news. Please let us know what do you think about this news in the comment section below.