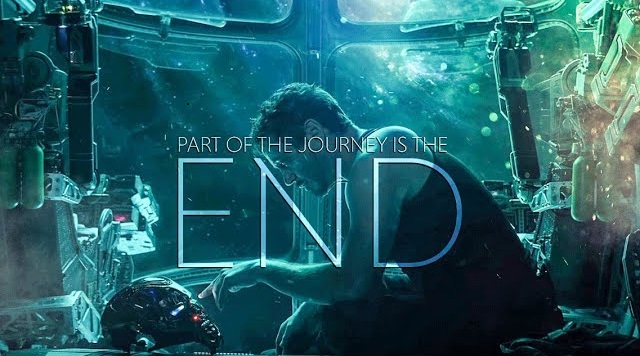 Tony Stark – What a live-action character Marvel Studios created. I mean he wasn’t that popular among comic fans. But he was the face of the MCU. However, now his journey has come to an End. As he said Part of the Journey is the End.

Credit goes to Robert Downey Jr. for playing the character so well. It’s been a beautiful ride with the MCU since 2008. Where it all started with Iron Man. Since then Marvel has given fans so much to love.

Among whom Tony Stark is probably the most lovable character. He has so many unforgettable moments and scenes in MCU. Not to forget about iconic quotes given by Tony Stark. We have already shared his best quotes from Iron Man to Endgame.

Today we are going to share his full “Part of the Journey is the End” message that he recorded for his daughter. In case, something goes wrong and he is met with an untimely death.

Part of the Journey is the End Full Message :

Here is the full message tony Recorded. This message was played during his funeral. Where Happy, Pepper, Morgan, Rhodes, Steve, Thor all were present and were listening to Tony’s message.

(In a recorded message during his funeral)

“Everybody wants a happy ending, right? But it doesn’t always roll that way. Maybe this time. I’m hoping if you play this back, it’s in celebration. I hope families are reunited, I hope we get it back, and somewhat of like a normal version of the planet has been restored. If there ever was such a thing. God, what a world, Universe, now. If you told me 10 years ago that we weren’t alone, let alone, you know, to this extent, I wouldn’t have been surprised but come on, you know?

The epic forces of darkness and light that have come into play, and for better or worse, that’s the reality that Morgan is gonna have to find a way to grow up in. So I thought I’d better record a little greeting, in case of an untimely death, on my part. Not that death at any time isn’t untimely. This time travel thing that we’re gonna try and pull off tomorrow, it’s… it’s got me scratching my head about the survivability of it all, that’s the thing. But then again, that’s the hero gig. Part of the journey is the end. What am I even tripping for? Everything’s gonna work out exactly the way it’s supposed to. (To Morgan) I love you, 3000.“

For me a die-hard Iron Man fan this was really very emotional and touching message. We weren’t just ready for this. But at the same time, this was the perfect ending for Tony Stark’s arc.

Basically “I Love you 3000” means I love you a lot. This line is first said by Morgan to his father, Tony Stark. Which he responds by saying “3000 that’s crazy“. However, there is a big reason and an easter egg why it’s actually 3000 and not some other number.

So there are 2 reasons for this number explained below :

Once on the set of Avengers: Endgame, Robert Downey Jr’s kid actually said to him “Love you 3000“. Russo brothers were also there, so they thought to include this in the Film. They found this really adorable.

The running time of Infinity Saga is 3000 minutes. Infinity Saga includes all the 23 movies in the Marvel Cinematic Universe. This means all the movies from Phase 1 to 3. Yes isn’t that crazy? Here is the calculation for the same :

So this was our article, here we shared Tony Stark’s full funeral message. Additionally, we shared the Mystery behind 3000 in the “Love U 3000” dialogue which is now an emotion for MCU fans. I hope if guys liked it and if you do then please share this article with your friends.

Also, Let me know how impactful do you think Tony Stark’s death was? Share your thoughts in the comment section below.