After the Disney-Fox merger, Fans wants to see Deadpool as soon as Possible. However, here is the catch Deadpool doesn’t fit correctly in the MCU right now. Let’s breakdown what this theory says.

Why Deadpool doesn’t fit in MCU ?

We all know Deadpool 2 deals with Time Travel. But those Time Travel rules comes with their Problem.”You Messes with Time and it Messes you back“. Let’s get to the what the new theory says.

We have already discussed the Problem with Deadpool in MCU as Marvel is trying to balance him between R-rated and PG-13. Disney produces content for kids and hence the problem arises.

We have this awesome and pretty intelligent theory from a fan. As in Deadpool 2 we see Cable with his time Travelling device. He seems to be Travelling with his Daughter’s Teddy Bear.

I am considering you have watched the movie and will understand why he goes back in Time. Basically he did this to save his Family.

So, In addition to that Cable took the fact that his daughters teddy bear was undamaged as evidence that his family were saved.

What is the contradiction…?

Now here comes the problem. In the Deadpool universe, we see that changing the Past will change your future. Which directly contradicts what we see in the END GAME.

Here is what HULK says: “Changing your past doesn’t change your future”. He further adds “Let’s say you go back in time. Now that past becomes your Present and your Former present becomes your Past. Which can’t be changed by your Present.” MIND BLOWN ours too.

But this is Just the MCU’s Time Travelling rule. You create alternate reality we you change thing in the Past.

How this Problem can be Solved…?

So how could this be possibly tackled ? Here are some of the Solutions :

So guys what do you think about this contradiction. Let me know your thoughts in the comment section below. Speaking of which, I am totally fine with this. After all, we just want to see Deadpool kick some ass alongside our beloved Avengers as soon as possible. 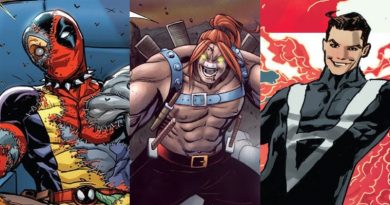 Here is the reason: Why Deadpool can’t heal his skin?