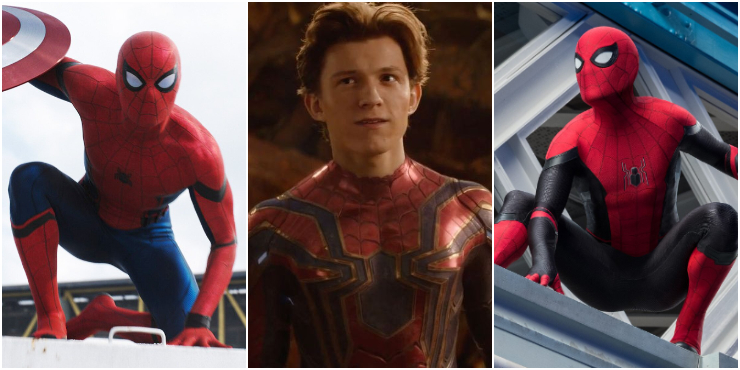 Spider-Man, a character who needs no introduction. Spider-Man has given us a lot of memorable quotes since he first appeared, no matter the medium he’s portrayed in.

It comes as no surprise that he’s one of the most popular superheroes of all time. One of the major reasons for that is even though he is a Spider-Man, literally.

He can shoot webs, climb walls, and whatnot? But he still comes out as a grossly relatable character. And that precisely he can capture so many people’s hearts over the years and he still does even after 60+ years since he first appeared.

We have got a lot of adaptations of Peter Parker from the comics. Some great, some not so much. Today, I’m here to share with you the best quotes from Tom Holland’s Spider-Man.

While some don’t like the MCU’s take on Spider-Man, I personally love it. While it does have its fair share of problems, it doesn’t stop me from enjoying it. Anyways that’s a story for another day. Let’s get started with this article:

Tom Holland’s Spider-Man so far has appeared in a total of 5 movies. And I’m gonna share his quotes from all the movies. So let’s first get started with his debut movie, Civil War:

1. “When you can do the things that I can, but you don’t, and then the bad things happen? They happen because of you.” — Peter Parker

4. “That thing doesn’t obey the laws of physics at all!” — Spider-Man

5. “You have the right to remain silent!” — Spider-Man

7. Spider-Man: Are those carbon-fiber wings?
Falcon: Is this stuff coming out of you?

8. Falcon: I don’t know if you’ve been in a fight before, but there’s usually not this much talking.
Spider-Man: All right, sorry. My bad.

11. Spider-Man: Hey guys, have you ever seen that really old movie, Empire Strikes Back?
War Machine: Jesus, Tony, how old is this guy?
Iron Man: I don’t know, I didn’t carbon date him. He’s on the young side.

Now, let’s move on to the best quotes of Holland’s Peter Parker from Spider-Man: Homecoming, his first solo movie as Spider-Man.

13. “Hey, Happy! Um, here’s my report for tonight. I stopped a grand theft bicycle. Couldn’t find the owner, so I just left a note. Um… I helped this lost, old Dominican lady. She was really nice and bought me a churro. So I just, um, feel like I could be doing more. You know? Just curious when the next real mission is gonna be. So, yeah, just call me back. It’s Peter. Parker.” — Spider-Man

14. “Wait a minute… You guys aren’t the real Avengers! I can tell. Hulk gives it away.” — Spider-Man

16. Spider-Man: No one has actually told me why I’m in Berlin or what I’m doing. Something about Captain America going crazy.

17. Peter Parker: I’m sick of Mr. Stark treating me like a kid.
Ned Leeds: But you are a kid.
Peter Parker: Yeah. A kid who can stop a bus with his bare hands.

18. Spider-Man: You missed! You didn’t even hit me!
Vulture: Yeah, but then again… (cuts the building pillars) I wasn’t even trying to.

19. “So, to become an Avenger, are there like trials, or an interview.” — Spider-Man

20. Peter Parker: No, Spider-Man isn’t a party trick! I’m just gonna be myself.
Ned Leeds: Peter, nobody wants that!

22. “Just a typical homecoming, on the outside of an invisible jet, fighting my girlfriend’s dad.” — Spider-Man

Tom Holland also appeared as Spider-Man in Avengers: Infinity War as well as Endgame. Although he was only briefly in the latter. So let’s check out his best quotes from Avengers movies:

24. “You can’t be a friendly neighborhood Spider-Man if there’s no neighborhood.” — Peter Parker

25. Spider-Man: Let me just say, if aliens wind up implanting eggs in my chest, or something and I eat one of you, I’m sorry.

29. “Hey! Holy cow! You will not believe what’s been going on. Do you remember when we were in space? And I got all dusty? And I must’ve passed out because I woke up and you were gone. But Doctor Strange was there right. And he said ‘It’s been five years. Come on, they need us.’ And he started doing the yellow sparkly thing that he does. Anyway… (Tony hugs him) This is nice.” — Peter Parker

Spider-Man: Far From Home is Tom Holland’s 2nd solo movie as Spider-Man and 5th overall appearance. So let’s check out his best quotes:

32. (from Deleted Scene)
Police Officer: You’re going to be the next Iron Man now?
Spider-Man: Well, no, I don’t have time. I’m too busy doing your job… I’m kidding, I’m kidding. Look, you’re gonna have to do your job for a couple of weeks, okay? Because I am going on a vacation.

35. “I’m sorry, you’re saying there’s a multiverse? ‘Cause I thought that was theoretical. That changes how we understand the initial singularity. We’re talking about an eternal inflation system. How does that even work with the quantum…? It’s insane.”

38. Peter Parker: Everywhere I go, I see his face. I just really miss him.
Happy Hogan: Yeah, I miss him too. I don’t think Tony would’ve done what he did if he didn’t know you were gonna be here after he was gone.

39. Happy Hogan: You handle the suit. I’ll handle the music.
(‘Back in Black’ by AC/DC plays)
Peter Parker: Oh, I love Led Zeppelin!

41. Peter Parker: Uh, I have like a sixth sense.
Happy Hogan: The Peter-Tingle!

42. Peter Parker: You lied to me. I trusted you.
Mysterio: I know that’s the most disappointing part.

44. Peter Parker: How could you do all of this?
Mysterio: You’ll see, Peter. People… need to believe. And nowadays, they’ll believe anything.

So guys this was it for this article. Hope you guys liked it. Let me know what’s your best quotes from Tom Holland’s portrayal of Peter Parker aka Spider-Man. Or what’s your take on MCU’s Spider-Man? Do you like it or not? Tell me in the comment section below.