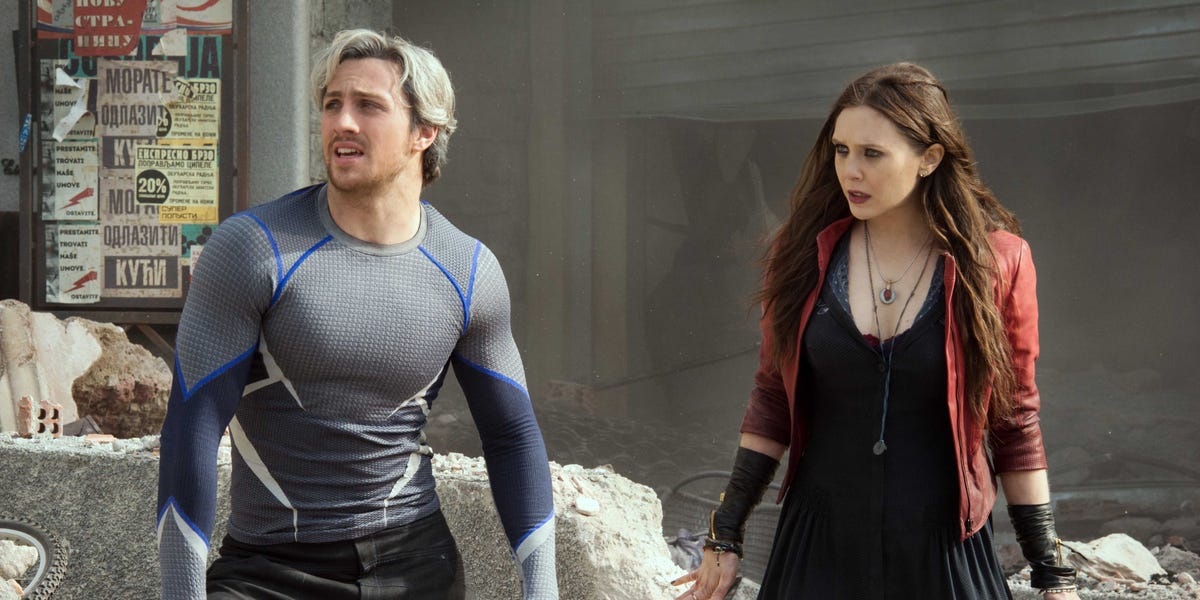 Today we are going to share very good news for MCU fans. We’ve got a new audition tape for WandaVision. This audition tape teased the return for quicksilver in the MCU. So let’s breakdown this audition Tape.

We haven’t seen much Aaron Taylor-Johnson’s Quicksilver in MCU. He was introduced and killed in Avengers: Age of Ultron. Quicksilver has mostly been forgotten. While Wanda his sister has risen to prominence. But now it seems that he may finally return in upcoming Disney Plus show WandaVision.

Daniel RPK posted this audition tape on his twitter. In this audition video, we can see a child actor Nick Fisher. He is auditioning for the role of a twin named Tim. Note if you don’t know this already that Wanda will have her twin children in this series.

Apparently, with an early casting breakdown revealing that the show was looking for actors to play twin boys “Timmy” and “Adam”. These two will most likely be Wanda and Vision’s children, who end up being Wiccan and Speed. But what’s really interesting is the mention of his uncle sleeping on the couch.

Now he is talking about his Uncle. Which we think is definitely Quicksilver. This might be a confirmation that Quicksilver is returning for the show.

How QuickSilver can return? Wasn’t he dead?

The first question that comes to mind seeing this news is how can Quicksilver return? Wasn’t he dead like for real? So how is he going to return? The answer is Magic. Yes, you heard it right.

Remember Vision is a robot. So he can’t have children Biologically. So Wanda creates her children with her Magic i.e., Reality Bending Powers. Also, Vision is dead so either Wanda brings her back to life with her powers. Or Maybe Shuri resurrects him. We have discussed the potential plot of WandaVision of how she can resurrect Vision and all. You can check it out.

But if Wanda can bring Vision back to life. Create her Twin Children why not bring her long lost brother back?

However, we haven’t seen or heard any info about Aaron Taylor-Johnson appearing on set. But he signed a Multi-picture contract during Avengers: AOU. So it completely possible for him to appear in WandaVision.

In addition to this, this time Marvel can also introduce the mutant Version for Quicksilver. That’s because Dinsey now owns the right to Fox’s characters as well.

The MCU version of Quicksilver was different. He wasn’t a mutant. Even Wanda isn’t mutant. But now Disney owns the X-Men property. So they don’t have to worry about this copyright situation, so that may allow them to bring him back.

However, we still can’t be 100% sure what exactly they are planning to do. Like how they will resurrect Vision bring back Quicksilver. But Nonetheless, we will find that really soon since WandaVision is now Moved up to 2020.